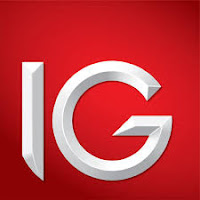 IG is a global leader in online trading, providing access to over 10,000 financial markets - including shares, indices, forex and commodities.

Established in 1974 as the world's first financial spread betting firm, IG's aim is to become the default choice for active traders globally. It is the world's No.1 provider of CFDs and a global leader in forex. It also offers an execution-only stockbroking service.

With a current market cap of around £2bn, it is a member of the FTSE 250. IG has offices across Europe, Africa, Asia-Pacific and the US, where it offers limited risk derivatives contracts via the Nadex brand.

I held IG Group for some time in my SIPP, however in 2012 it was sold along with some other individual shares to release funds for the tax-free lump sum. In 2014 I repurchased the shares at the price of 595p in my ISA but sold a year later as part of my revised strategy to move away from individual shares.

Once I am settled on a revised strategy, I like to see it through - HOWEVER on Tuesday the share price of IGG plummeted by over 40% on the news that the FCA were seeking to protect retail investors in the CFD market. My gut feeling was that IGG were not the likely target for the FCA and the drop in share price was an over-reaction to the news.

In the past year IG have introduced their Limited Risk Accounts, which are a really big change. Prior to this introduction, they rejected about 30% of people who applied for a new account, either as being too poor or too inexperienced to have an account at IG. The introduction of Limited Risk Accounts will now allow the company to accept some of those accounts who formerly we would have rejected. So partly, it’s around accepting people and giving them an account, on which, as the name suggests, you can never lose money which you have not already put on the account, and that is guaranteed.

For this and other reasons such as global operation, I believe IG are unlikely to be dramatically affected by this investigation.

According to the latest trading update on 29th November "The Company continues to perform in line with expectations, after a strong second quarter.  Higher operating costs over the first half of the financial year, due primarily to the ongoing success in effective new client recruitment, have been offset by good revenue delivery". The first half results are scheduled for 24th January when we should have more on their response to the FCA paper.

My re-entry price was 480p which is around half of what it reached just 3 months earlier.

The company paid dividends of 31.4p for 2015/16 and if this is maintained for the current year, the yield on my recent purchase is 6.5%. There has been a rebound in the share price today but until the uncertainty is resolved, I expect some further volatility.

One of the big attractions of IGG from a valuation and risk perspective is its balance sheet. Not only does it have a net cash position, but it has the ultimate version of net cash, namely no debt at all.

I am unlikely to hold long term with this one but just could not resist the offer from Mr Market yesterday.