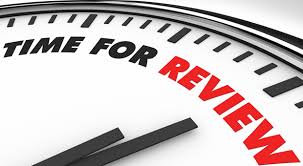 This started off in 2013 as my investment trust income portfolio. Over the past year or so, it has morphed into a collectives portfolio as its scope broadens to include my low cost index funds. Also this year, as I have been selling down my individual shares portfolio, I decided to merge the two.

Although this is demonstration income portfolio, it largely mirrors my own holdings..

My demonstration portfolio has now been running for 4 years. Here's the corresponding review for 2015. Many of the investment trusts have been there from the start - City of London, Aberforth, Edinburgh etc.

The main development over the past 18m or so has been the introduction of the passive Vanguard funds and the decision to abandon the individual higher yield shares, although a few still remain (and one recently repurchased)!

The portfolio has seen a few ups and downs over 2016 but post Brexit it has been mainly on the up. The dramatic fall in the value of the pound gave a boost to my global equity ETFs and as I needed to rebalance my personal portfolio following the redemption of my Coventry PIBS, I decided to sell my 2 Vanguard ETFs as I had not been overly impressed with performance. Over the 3 years to June, VHYL had returned 4% p.a compared to 8.6% from my Vanguard LS fund. In the period post Brexit, it received a boost from the fall in sterling.

What would have been the odds at the start of this year on Leicester winning the premiership, a vote to leave the EU and Trump winning the US elections? I am not a betting man but if I had placed a £1 wager on the above, I would now be a multi-millionaire.

The managed trusts have mostly provided a decent returns, particularly post Brexit. Leading the gainers unsurprisingly are Blackrock Commodities Income which has posted gains over 69%.

In August, I decided to reduce my holding in UK income trusts which resulted in the sale of Murray Income. In early September after a stellar run and gaining almost 50% since the start of this year, I also decided to off-load the remainder of my holding in Murray International.

My largest holding, Edinburgh has been fairly flat however there have been solid contributions from  Temple Bar +20%, New City +13% and Finsbury Growth +12%. The only trust in the red for the year is Aberforth Smaller -5%.

The drag on performance has been the remaining individual shares which are collectively showing a total return of just 1.5% (Next -29%, and Berkeley -18%).

Several shares have been sold - Unilever, Sky, Tesco and BHP Billiton however IG Group has been recently repurchased. I fully anticipate the remaining shares will be sold at some point over the coming year.

The total return for the FTSE All Share index is 16.5%.

I decided to top slice my VLS holding when the value of sterling reached $1.20 and there is currently quite a large amount of cash awaiting more favourable opportunities and/or market conditions in 2017. I am struggling to find areas of value, particularly with regard to the fall in the value of sterling combined with the level of the UK and US equity markets. However I did use the proceeds from the sale of Sky to purchase Tritax Big Box in October and the proceeds of Billiton to purchase TR Property trust in November.

In July following the fall in sterling and the corresponding boost to the VLS fund price, I took the opportunity to sell 13.46 units @ £155.32 to give £2,078 ‘income’ and representing 8% of my total holding. This has provided my 4% income requirement for this year and the additional 4% has been added to my 10% cash buffer.

The portfolio now reflects the value of the cash buffer - a total of £3,400 which has been made up by taking £2,361 from the sale of my Vanguard ETFs together with the second portion of ‘income’ of £1,039 from the sale of units in my LifeStrategy fund.

The cash buffer is held in my Coventry BS accounts which has recently seen a reduction in interest to 1.15%.

I drifted into early retirement at the age of 55 yrs and have been living off the income from my savings and investments for the past 8 yrs.

To retire early I think you either have to:

The ideal situation is obviously a combination of the two but at the most basic level, leaving aside any inheritance or winning the lottery, those are the only two things that matter.

Unfortunately I only seriously started saving/investing in my mid 40s which was far too late to amass lots of money so I am very firmly in the second category - frugal Freddie!

I am continuing to edge slowly away from the rollercoaster of individual shares and entering the relative calm waters of the 60/40 Lifestrategy option. Over the coming decade, I am thinking a steady 3% or 4% real return on average (after inflation) will be good enough for me.