The stock market essentially deals in two kinds of asset; shares and bonds. These investments have very different characteristics; shares make you a part-owner whilst bonds, being debt instruments, turn you into a lender. 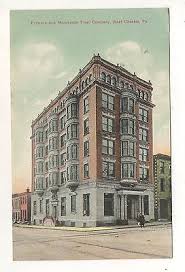 As a shareholder you've got to be fairly optimistic about your company's prospects; expecting that its shares will produce a better return than its bonds. In contrast, bondholders can be pessimists; as long as the company or government generates enough money to pay the interest they'll still be paid even if the shareholders are having a hard time.

They say shares are for optimists, bonds are for pessimists. I am still fairly optimistic on equities which is why I continue to maintain a 60:40 balance but there’s no harm in hedging your bets and bumping up immediate income with fixed interest, higher yielding trusts.

Similar to my other holding in this sector, City Merchants investment objective is to seek to obtain both high income and capital growth from investment, predominantly in fixed-interest securities.

It is almost two years since I purchased this IT for my ISA as a replacement for a few sales from my shares portfolio.

They have this week announced final results for the 12 months to 31st December 2016 (link via Investegate).

Net assets have steadily increased over the year and taking the full year dividend of 10p per share into account, the total return was 11.8% (2015  2.7%).

The dividend target for the trust is 10p per share paid quarterly. This amount was paid in 2014, 2015 and 2016 and remains the target for the coming 12 months. At the current price of  190p the shares offer a yield of 5.2% which is obviously attractive compared to the rates on offer from our banks and building societies. The average cash ISA rate is currently a miserly 0.8% according to latest figures from Moneyfacts. In 2007, the average rate was 5.0%.

Of course, the share price will move around as can be seen from the chart and this may provide opportunities for a better yield at certain points.

For me, the trust provides some diversity to equities and a steady and predictable quarterly income stream.