This large infrastructure trust was added to my ISA portfolio last December. HICL was the first of its kind to launch in 2006 raising £250m - just over a decade later it has grown 10-fold with current assets approaching £2.5bn. 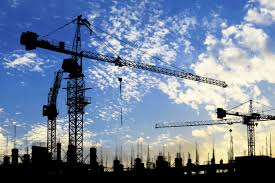 HICL raises money from investors and then buys up infrastructure assets such as hospitals, schools and police stations around the world. The majority of the portfolio is focused in the UK and HICL receives management fees for the maintenance of these buildings, and, in some cases, for providing extra services such as catering and cleaning.

They have today announced results for the full year to end March 2017 (link via Investegate). Total return for the period is 10.3% and  their portfolio of assets has increased 17% from £2bn to £2.4bn.

Earnings per share are up 4.2% to 12.4p which easily supports a full year dividend of 7.65p. The proposed increase for the coming year is 7.85p which gives a forward yield of 4.5% based on the current share price. They also propose an uplift to 8.05p for 2019.

Commenting on the results, Chair Ian Russell said:
"HICL's investment proposition to deliver sustainable, long-term income to shareholders, while preserving the capital value of its portfolio, continues to resonate well with investors, particularly in a continued low interest rate environment. This was most evident in the context of the Company's recent £260m equity issue, which was more than three times oversubscribed.

We remain disciplined in our approach and are committed to ensuring that new investments enhance the existing portfolio. During the year we invested £266.6m in 10 new and five incremental investments, which increased both the scale and the diversity of the Company's portfolio. We are well placed to take advantage of new investment opportunities in our pipeline and, since the year-end, have secured an interest in Affinity Water which brings new benefits to the portfolio, including enhanced inflation correlation, which has increased from 0.6 at 31 March 2016 to 0.8 currently".

This trust is a recent addition to my portfolio so early days but so far I am happy with progress and look forward to collecting my steady 4.5% dividends and hopefully a little extra in capital appreciation.

As ever, this article is merely a record of my personal investment decisions and should not be regarded as an endorsement or recommendation - always DYOR!
Posted by diy investor (UK) at 10:07