Well, when I started this blog back in 2013, I never imagined it would be still trundling along 5 years later. I suspect this may be partly due to having quite a bit of spare time since taking early retirement and partly due to the fact that I am probably too lazy to 'get a life'. 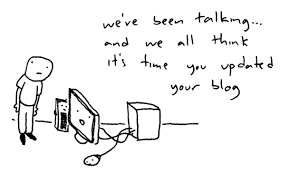 It is a record of the later years of my personal investing journey and, looking back, it is clear the focus has changed quite a bit since February 2013. Back then, I held most of my equities in a mix of investment trusts and individual shares. Over the past couple of years the shares have been reduced and now are all gone as well as some of the trusts. I have increasingly embraced the lower cost index alternatives such as Vanguard LifeStrategy.

First of all a big thanks to everyone who visits on a regular basis. Page views seem to have increased quite a bit since the early days.

A total of 394 posts (200 in 2013/14) and most viewed article - Asset Allocation Revisited with 35,500 so far, followed by Vanguard Lifestrategy - A One-Stop Solution. In 2016 I was fortunate to be invited to write a guest post for Monevator following the publication of my latest book 'DIY Simple Investing' and a link in the article has boosted the views. Other popular articles are Work Out Your Retirement Figure and Vanguard Lifestrategy - 5 Year Performance.

The main sources of referring sites have been Monevator, Retirement Investing Today, Simple Living in Suffolk (now in Somerset!) and Money Saving Expert - many thanks!

Obviously, the majority of people visiting the blog are from UK (70%), however I am continually surprised to see how far diy investor has reached globally - USA (20%), and the remaining 10% between Germany , France, Russia, Ukraine, Spain, Netherlands, Belgium, Ireland, Italy, Japan, Australia, India, China, Indonesia, Singapore, Serbia and New Zealand.

As I say in my book “DIY Simple Investing”, family and friends soon change the subject when personal finance is discussed so, on a personal level, its really good to have an outlet for my ‘hobby’ of personal finance and investing and to be able to share it with what seems like an ever expanding community of like-minded people.

It is, of course, always interesting to look back at earlier posts and sometimes I am surprised at just how far my thinking has changed and developed since starting the blog.

In the early days, I was firmly committed to a strategy of generating a natural income from a mixture of individual shares, investment trusts and fixed interest securities. Over the past few years, I have read many interesting articles on various blogs and, as the time has passed, I have begun to embrace the low cost index philosophy. I have reviewed my former strategy and believe my process has become stronger and more balanced - as well as simpler!

After 5 years I find I am still enjoying my blogging and so long as I remain  positive and others keep visiting, I hope to keep things going for a while longer - although if my portfolio is reduced to a couple of Vanguard trackers, there may not be too much to write about!

Thanks again for sharing the journey and for the comments…Here's to the next 5 years, assuming we all get through Brexit!

I hold this investment trust in my ISA. It is part of my ‘basket’ of income-focussed investment trusts designed to provide an above inflation rising natural income and hopefully some increases in capital over the longer term.

TMPL has been managed by Alastair Mundy since 2000. He takes a contrarian view on the timing of buy and sell decisions - buying the shares of companies when sentiment towards them is thought to be near its worst and selling them as fundamental profit improvement and/or re-evaluation of their long-term prospects takes place.

This contrarian approach centres on long-term investment in cheap, out-of-favour companies in the belief that over time, these will be affected by reversion to mean.

This approach has proved very successful over the longer term with the trust outperforming the FTSE All Share index over the past 5 & 10 years. In 2016 it was one of my best performing trusts with a total return on net assets of 20.4%.

They have today published full year results for the 12 months to end 2017 (link via Investegate). Unfortunately, they were unable to outperform the FTSE this year with total return of net assets increasing by 9.7% compared to a gain of  13.1% for the FTSE All Share index. The contrarian approach often requires long periods before the benefits for the trust are realised.

Temple Bar has ongoing charges of just 0.6%, a natural dividend yield of 3.3% and provided the third-best 10-year total returns in the UK equity income sector (top place held by Finsbury Growth & Income) despite a poor run in 2014 and 2015.

The trust is committed to paying a rising dividend year on year and has met this commitment for the last 34 years.

This trust is a relatively small proportion of my total portfolio currently ~3% or so and I am happy to retain on the basis that it provides a reasonable income and has a good track record of providing some decent appreciation to capital over the longer periods. 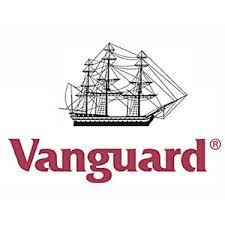