Turn Back the Clock 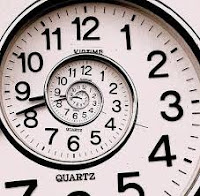 There have been several articles about the collapse of Lehmans in September 2008 and over the past few days I have been casting my mind back to the very different life I was leading a decade ago.

Back then I was living and working as member of a community partnership based on the edge of Dartmoor in Devon. We owned a large 12 bed manor house set in its own extensive grounds - 18 acres of pasture and woodland overlooking the surrounding villages. It felt like I was living the dream life, far from the madding crowd.

Work involved hosting groups of between 10 and 20 people who would stay for a long weekend or possibly a week. The courses were mainly centred around personal development and relaxation - so, things like tai chi, yoga, meditation, massage etc. 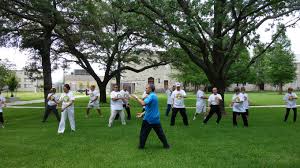 All of my partners had various responsibilities - ground maintenance, cooking, bookings co-ordinator, plumbing and general house maintenance etc. My main responsibilities were as accounts manager...what's not to like about counting money! In addition to this we would all muck in when needed, especially at busy times when there was a same day change over between one group finishing and another arriving.

The business turnover was quite healthy, I think we were getting toward £300,000 per year but of course this was not all profit and there were all the expenses of servicing the groups and what was left over was divided 10 ways..and then there was tax and insurance...and no company pension scheme...but we enjoyed 'free' food, and use of the indoor swimming pool and sauna when the groups had left.

When the larger groups were in residence, it could be very busy starting with breakfasts at 7am and usually finishing after the evening meal, maybe 8pm. There was plenty of time for relaxation however - walks on the wide expanse of Dartmoor, usually a trek up to Pew Tor and back, or along the banks of the nearby river Tavy. I enjoy tennis and spent quite a bit of time on the courts. Then there was just taking time out in the grounds which included a large Victorian walled garden, a wildflower meadow, orchard and lots of places to curl up for the afternoon with a good book.

I had been doing this for the previous 6 years since giving up on financial services for a large insurer based in the North West...far too stressful!

Over a period of time however personality tensions inevitably grew, it became more difficult trying to work with 10 partners who all had differing opinions on how the business should be run as well as tensions arising from some people doing more of the work than others, feelings of insecurity and all the usual personal politics and game playing and even infidelities...idyllic surroundings provide no escape!

I think by the end of 2007 it was becoming clear these tensions were not going to get resolved and in the end we decided to wind things down and sell the property. This was completed by mid 2008 when we all departed with our share of the proceeds to go our separate ways.

I had grown very attached to the good life and made a few close friendships and joined the local choir. I stayed on for a few months to give myself some time to think about my next move. My roots are however up North and in early 2009 it was time to return. As it turned out, fortuitous as the grandchildren came along shortly afterwards and I am lucky now to be a mile down the road rather than 300!

I had also made a decision to not seek alternative employment and it was therefore in June 2008 that I 'retired'. Whilst the money would not stretch far in Devon, I had sufficient for a house up North and although I could never get by on cash savings due to the dire interest rates, I could get along fine with income from my investments and SIPP which was duly converted to drawdown.

The markets hit a low in Feb 2009 and some of those most affected were financials. Whilst interest rates were falling quickly, it was possible to acquire building society PIBS and bank preference shares with an annual yield of 10%. I loaded up my portfolio with a good spread of income-generating securities... PIBS from the Coventry, Nationwide and Skipton as well as some Lloyds Bank prefs. I also picked up a few investment trusts such as Edinburgh, City of London and Murray Income as well as some higher yielding shares such as Shell Oil, BHP Billiton, Scottish & Southern all of which helped to generate the income I needed on a regular basis.

So, an interesting and colourful chapter in my life. If I had my time over, would I repeat the experience? Yes, I'd like to think so.

What were you doing a decade back? Feel free to share some memories in the comments below.