Investing for a Green Future - Part 1

Over the past few weeks I have been looking into the options to invest some of my portfolio into green funds which are more likely to do good rather than harm when it comes to addressing climate change.

I have been persuaded for some considerable time on the need to act in a responsible way and try to maintain a fairly low-impact lifestyle. However, one area that I could do more is with my portfolio so I would now like to bring my investments more into line with the rest of my lifestyle as I feel increasingly uncomfortable with the fact that business as usual is not going to get the job done.

I guess that when we become aware of a threat we realistically have three options - run away, ignore or face head on. With the life changing consequences from run-away climate change, the first two will result in changes that we can hardly imagine so the third choice is the only realistic option on the table...surely this is much clearer than Brexit!

Personally, I think we will require a paradigm shift in the way we organise our global economy and our global communities. That will take a little time to bring about so, in the meantime, and in the capitalist system we all operate within, I will try to take a look at a few of the options available to me. 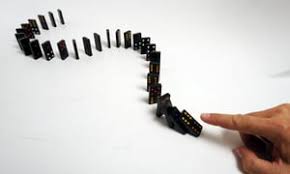 In part 1, I will look at investment trusts as there are not so many choices to cover and will then go on to look at the wider landscape of funds and then ETFs.

For this section, I looked at the ITs listed by the AIC. The 'green' trusts fall into two broad categories - Infrastructure & Renewable Energy which includes specialist trusts which invest in the production of renewable energy such as wind, solar etc.; and secondly environmental trusts which invest in a range of companies which produce goods or services beneficial to the environment.

Many of the trusts investing in wind and solar have become popular with small investors due to their above-average yield. They were supported by the governments generous subsidy schemes however last year it withdrew its Renewables Obligation Certificate (ROCs) in respect of new operations and this has created a problem for the trusts and investors will want clarification on options for future growth.

The ROCs are awarded for a period of 20 years so existing schemes will have some visibility for some time to come however some managers are looking to diversify in overseas markets. For example NextEnergy Solar (NESF) and Foresight Solar (FSFL) have both expanded their operations to include Europe, Australia and USA.

Other trusts in this sector include Greencoat UK Wind (UKW), the largest in the sector with assets of £1.6bn but currently trading on a hefty 15% premium to net assets.

Then we have Bluefield Solar Income (BSIF), much smaller in size but also on a hefty premium. It operates one of the largest solar energy operations in the UK. Here's a link to a nice write up from IT Investor for anyone interested.

With a similar size we have John Laing Environmental (JLEN) which predominantly invests in onshore wind. However it has diversified into anaerobic digestion with a plant near my home town of Doncaster.

A different angle is provided by Gore Street Energy Storage (GSF) launched in May 2018 which is focussed on battery storage technology with projects in mainly UK but also Europe and USA. Renewables such as wind and solar are intermittent and as other traditional streams reduce, battery storage will increasingly be needed to provide stability for the network.

The larger trust Renewables Infrastructure (TRIG) with assets of £1.2bn has also expanded into battery storage with a 20MW project in Scotland which was opened in September. It has a four year contract with National Grid to provide two-way balancing service which provides additional flexibility and should support greater levels of renewable energy projects and avoid new grid infrastructure.

There are currently 8 trusts in this sector.

There are just 3 trust currently - Impax Environmental Markets (IEM) is by far the largest with assets of £500m and which I have recently added to my portfolio.

The others are Jupiter Green (JGC) and Menhaden Capital (MHN) which is run by Ben Goldsmith (brother of Tory MP Zac and Jemima Khan). The trust has not done well since launch having lost 28% for investors which include Dragon's Den Deborah Meadon and currently trades at a huge 22% discount.

In Part 2, I will cover some options from the universe of OEICs

Feel free to comment below if you hold any green funds in your portfolio and how they have performed over recent months/years.