Well time marches on relentlessly and this is now my 6th end of year review since starting my blog in 2013.

It's been quite a year...Brexit, Trump, climate change, Novichok, plastic in our seas, cave rescue in Thailand, the ups and downs of the markets and me officially becoming a pensioner...I've been practicing rattling my walking stick along the public railings...

Now with my monthly flow of pension from the DWP, my focus is changing as I no longer need my portfolio to generate income. The revised plan will now re-focus on growth. I was particularly intrigued by some research by Bessembinder which seems to suggest the outperformance of equities over bonds is generated by just 4% of the market and over half of all equities returned less than government bonds over a 90 year period. (Article from June)

In October, I was reminded of the dire threats to the environment with the latest IPCC report calling for a limit of 1.5C on global warming.

However unsatisfactory the Brexit outcome might be, it is nothing of consequence compared to the devastating effects of global warming. Yes, many will have enjoyed the long hot Summer this year...4 months of t-shirt and shorts weather from May to September.. but at the same time they cannot have missed the news of extensive wildfires, floods, hurricanes and droughts around the globe.

The past 4 years have been the hottest on record and the Met Office have forecast temperatures in the UK could be 4 degrees warmer on average by 2070.

At the COP24 conference in Poland earlier this month, Sir David Attenborough said:
"Right now, we are facing a man-made disaster of global scale... our greatest threat in thousands of years. Climate change. If we don't take action, the collapse of our civilisations and the extinction of much of the natural world is on the horizon."

A week previous we had a brief response on the subject from President Trump:

"I don't believe it"

The patterns seem to get more severe and unpredictable each passing year and I fear the movers and shakers are showing little concern and sleepwalking into the abyss. How many more warnings do the global community require before we start to take this issue seriously? 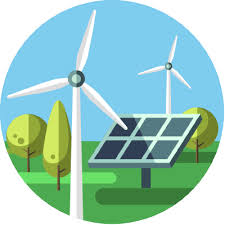 I am not sure why this is not yet breaking through. Maybe as a species we are unable to translate the warnings into how we are likely to be impacted but we do make long term plans - marriage, saving for house purchase, bringing up our children, saving for retirement. However there are many positive signs and I have been encouraged by the direct actions of Extinction Rebellion in recent months and wish them well in their efforts to raise more awareness and move this issue up the political agenda.

As I said in one of the subsequent posts, if I become aware of a threat I have a responsibility to do something. At that time I decided to make some adjustments to my portfolio to bring on board a few ethical/green funds which I believe are attempting to address some of the big issues raised by climate change.

I think my lifestyle is fairly low impact - for the UK at least - and registers 6.8 tonnes of annual carbon emissions on the WWF scale - lower than the UK average and could do a bit better - but I want to do more to align my investments. The UN has warned that today's generation are the last that can prevent a catastrophic warming as well as the first to be suffering from early impacts. There are one billion people from developing countries who are least responsible for climate change but are most vulnerable to its effects.

This surely is the most important issue facing the global community.

What can I say? This omni-shambles was the subject of a couple of lengthy posts - Brexit Fudge in July and Another Fine Mess Olly in November.

I imagine the feeling of betrayal will be long-lasting if MPs fail to deliver on Brexit but we still have a little time. The deliberations on the deal will resume on 9th January with a vote the following week. I imagine in the absence of any significant changes, that the deal will be rejected and we are then left with the prospects of some sort of managed no deal or another referendum or revoking Article 50. My money is on the no deal option but after the past year, absolutely nothing this government came up with would surprise me.

As long-term readers will know, I am a big follower of sport and this has been a vintage year. The highlight for me was the 5th test at the Oval and the retirement of England cricket legend Sir Alastair Cook. He scored a century in his final innings to round off a wonderful career which included 33 test match centuries and over 12,000 runs at an average of 45.4.

In the same match, Jimmy Anderson overtook Glen McGrath to become the leading fast-bowler wicket taker of all time.

Against all predictions England reached the semi-finals of the World Cup in Russia having won a penalty shoot-out along the way. The country was starting to believe "It's Coming Home..." sadly they couldn't quite get past Croatia losing in extra time. My consolation was that I had placed money on France at the start of the tournament. 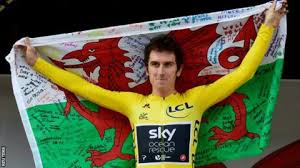 In the world of cycling, Geraint Thomas OBE was inspirational winning the Tour De France and I was delighted to see him secure his SPOTY award last week. On the track, I was saddened to hear that double Olympic champion Kristina Vogel suffered a horrific crash in training which severed her spinal chord and left her paralysed. She talked about this and coming to terms with her new situation in this interview which I found very moving.

It was all going so well until October but the sharp downturn over the past few weeks has seen my portfolio return a loss for the year. This is not unexpected, I have been half expecting the downturn for some time...it's what the markets do. Now is a good time to evaluate asset allocation!

I decided to review my whole investing strategy as my state pension kicked in earlier this year. I no longer require my investments for income and have therefore moved towards growth and also to increase my global index funds. I have also moved a portion of my portfolio into 'green' investments and plan to increase this over the coming year.

Over the year I have therefore replaced most of my income-generating funds. However for the time being I still hold on to a few of the original investment trusts - Aberforth Smaller Companies, City of London and Finsbury Growth and Income.

In August the BofE raised interest rates to 0.75%...the highest level since 2009. My saving rate with the Coventry was increased by 0.15% to 1.4% which is still not great and below the current rate of inflation. Had I relied solely on savings interest for the past decade my standard of living would have been severely compromised and I doubt if I could have afforded to retire early.

I have just completed a review of my actual investment portfolios - sipp flexi drawdown and ISAs - for the full year to 28th December.

My Vanguard Lifestrategy 60 fund is a diverse mix of global equities and bonds and provide a good benchmark for a balanced global portfolio. The fund is down -3.0% over the past year.

The better returns for the year came from Finsbury Growth & Income (again) up 0.2%, Capital Gearing up 3.4% and the best performer Scottish Mortgage +4.9%. The trusts that has struggled for me this past year have been Aberforth Smaller -10%, City of London -8.2% and Tritax Big Box -6.7%.

The total return for my basket of trusts over the year was -3.5%.

Over the past year I have added VLS 60 to my new ISA with Vanguard Investor, also HSBC Global Strategy and Baillie Gifford Managed.

The contribution from my index collectives has seen a modest fall over the year with a total return of -1.6%.

As ever, the fixed interest sector has provided a steady and predictable income of 5.1% however the capital has taken a hit with a sharp decline of 15% for my Lloyds Preference shares. The total return is -3.1% for the year.

Most of my income generating FI funds are no longer required and have been sold.

As a whole, the portfolio has delivered a total return of -2.7% over the past  year. Here's my portfolio returns covering the past decade since the big crash of 2008.

A sum of £1,000 at the start of 2009 has grown to £2,500 and an average annualised return over the past 10 years of 9.6%. This has enabled me to take my 4% income each year since moving to early retirement in 2008 and leaving some held back to build reserves. Of course, the figures are enhanced by the large bounce in returns for 2009 following the market turmoil of late 2008 and early 2009

The most popular this year have been:

In these times of low interest rates and corresponding low returns from cash deposits, for a little more risk, an average annualised return of almost 10% over the past decade is for me very acceptable. Return on my investments have been positive in 8 of the past 10 years and fairly modest reductions for the 2 down years.

The move to index funds provides more global diversity and in particular the equity/bond balance provided by the LS funds provides less volatility and more stability. This core stability provides a little more freedom to take on board a little more risk with my tech funds such as Scottish Mortgage and Mid Wynd and also introduce some investments which focus on the environment.

I am gravitating towards an allocation which I hope will continue to provide a reasonable level of return without too much volatility. I will continue to add to my 'green' section of the portfolio when I get my head around the challenges of climate change but I remain mindful of the words of Ben Graham 'The investors chief problem...even his worst enemy...is likely to be himself'.

Be patient, stay in the game and keep it simple....

Finally, thanks to all for dropping by during the past year and wishing everyone all good things in 2019 - especially good health. I certainly think it's going to be interesting.

As always, if you keep track of portfolio returns, feel free to leave a comment and share with others how your investments have fared over the past year.