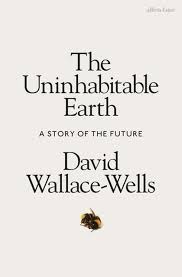 "It is worse, much worse, than you think". The opening line of this important book about climate change and the consequences for us all to consider - or not.

In just the past year or so, it seems the news stories about climate have become more serious. We've seen wildfires in California, the warmest Summer on record in Australia and the polar vortex in Canada. Here in the UK we've recently seen record Winter temperatures of 21C and wildfires in February. The schoolchildren are striking for climate in their hundreds of thousands around the world. Amid all the carnage, the IPCC are warning we are in danger of exceeding 1.5C by 2050 and CO2 levels and other GHG emissions have risen to dangerous levels.


Against this background emerges a new book on the subject by David Wallace-Wells. The book expands on an article published in New York magazine in 2017 which was very hard-hitting and scary. Within a week it became the most widely read article ever published in the magazine's history.  The core of the book is 12 short chapters looking at the impact of climate change in relation to the elements of breakdown and chaos - hunger, wildfires, air pollution, economic collapse and 'systems'. 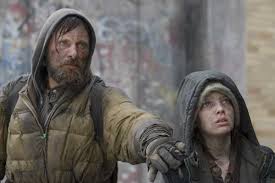 I've seen it described as a description of a dystopian future where 'Mad Max' meets 'The Road'.

It goes on to cover in a little more depth the crisis faced by capitalism, the politics of consumption and the role played by technology.

There are many revelations which make for uncomfortable reading. Here are just a few samples that struck me at first reading : 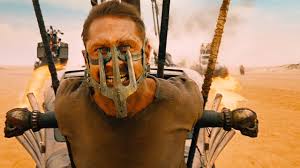 This is uncomfortable reading and yet very necessary to shake us out of our complacency. Wallace-Wells has effectively translated all the reports produced by the IPCC and created a very well-written and accessible book which goes beyond the science to bring home some of the horrific consequences of warming and in the process, touch our humanity and hopefully trigger a catalyst for urgent action. The book should and will have a significant impact on governments and everyday life choices of our modern culture.

We are living in a world where the average temperature has risen 1.0C above pre-industrial levels of the mid 19th century and yet most of this - 0.75C - has actually occurred in just the last 30 or so years. If we carry on regardless, the increase is likely to be a further 3C by the end of this century. It offers page after page of grim reading and unimaginably dire prospects but there is a point to this. Wallace-Wells points out that we have all the tools already in place to avoid the worst case scenario - aggressively phase out fossil fuels, invest in clean renewable energy, a change in diet away from meat and dairy. At the same time it is optimistic as he points out that if we are responsible for causing this problem we must be capable of undoing it.

Just one point that I question and that is, having read through a pretty grim account of what could unfold, the author could have provided a few pages to expand on the road map of clean energy and diet outlining the many practical steps ordinary people could take and the lifestyle adjustments necessary to combat climate warming. To some, these will be common sense but for others, maybe not so obvious

Our collective complacency and lack of action on climate combined with the carbon-related rises already locked into the system means we are almost certain to see a warming of 2C by 2100, however we know what needs to be done and have the tools to do it, so its down to us all to decide if we want to go to 3C or 4C and beyond in the following century. 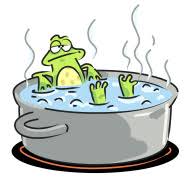 As I read the book, the obvious lack of connection between our actions and the dire prospects we all face was most striking. It reminds me of the boiling frog syndrome - if a frog is placed in hot water it will immediately jump out. However if placed in warm water which is very gradually heated up, it will not recognise the danger until its too late and is boiled to death.

I think every reader couldn't fail to be alarmed after reading the book - I have become concerned about climate change...now I am alarmed. This is an urgent wake-up call to change our ways on a global scale.

I believe the school strikes for climate are likely to be a game changer in the fight against climate and global warming and I think this book will be the same.

So, if you read just one book this year...

Feel free to leave a comment below if you have any thoughts on global warming and climate change and what we should be doing to prevent the worst-case scenario.