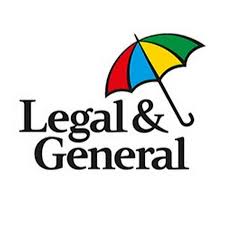 L&G is a large FTSE 100 company with a market cap of £14bn employing over 8,000 people serving 10 million customers. It is the UK's largest life insurer and has assets under management of over £1 trillion.

The shares were first acquired for my income portfolio back in 2014 and held for several years until a change of strategy prompted a sale in 2017.

However, I tend to keep tabs on various investments held over the years and I have decided to embrace the shares once more as I wish to support companies that are making a positive contribution on the climate front especially those on the same page as myself in relation to coal and oil stocks.

In 2016, the company introduced its Climate Impact Pledge including a commitment to engage with the world's largest companies in six sectors which are key to meeting climate change goals in accordance with the Paris Agreement. These are oil & gas, mining, electric utilities, autos, food retail and financial.

The company's investment management arm, LGIM takes its responsibilities towards sustainable strategy very seriously and will frequently push the boards of the large multinationals to comply with obligations under the Paris Agreement.
However, when these companies fail to respond in a positive way, action has to be taken and LGIM are now starting to adopt a more aggressive response by divesting away from these companies.

Head of commodities research, Nick Stansbury has developed a model to rank the companies most at risk from the climate emergency. He has deep misgivings about the future of oil and says “Uncertainty around the level of demand growth creates massive instability in the way oil markets work, and that has all sorts of implications for investors"

LGIM started to divest some oil stocks in 2018 and have continued to drop some of the larger players in recent months. As an example, in June LGIM announced it had sold off $300 million of shares in Exxon Mobil and use its remaining holding to vote against the reappointment of CEO Darren Woods. LGIM is one of Exxon's top 20 shareholders.

This is the sort of action which is most likely to have influence in the boardrooms where big decisions are being taken so I want to support L&G in their endeavours.

The other reason for taking another look at the shares is the recent share price weakness and increasingly attractive dividend.

Last week the company announced interim results showing profits up 11% to £1bn and half-year dividend up 7% to 4.93p which puts the shares on a fwd yield of 7% at my current purchase price of 240p.

The company are working towards a low carbon future and head of Sustainability and Responsibility Strategy, Omi Meryam has recently set out a comprehensive action plan and says "Climate change carries significant financial risks, so protecting the planet and protecting our clients’ investments go hand-in-hand".

I decided to give up on holding individual shares some time back as I moved toward the globally diverse index funds such as Vanguard Lifestrategy. However, as I now look more closely at the environmental and climate-related aspects of these large index funds, I am becoming more circumspect. I do not expect to be adding many more single company shares but, at the same time, do not have a hard and fast rule about not holding them and remain open to opportunities when the circumstances appear attractive.

L&G is the UK's largest defined contribution pension manager following the introduction of auto enrolment and serves 3.4 million workplace customers. The share price was approaching 300p not so long back so I believe they offer the potential for significant capital appreciation, maybe after Brexit is resolved, and in the meantime I can sit back and gather a nice 7% dividend income tax free in my ISA.


As ever, this article is merely a record of my personal investment decisions and should not be regarded as an endorsement or recommendation - always DYOR!
Posted by diy investor (UK) at 08:41