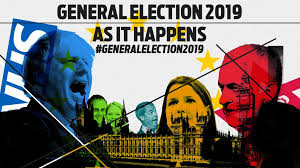 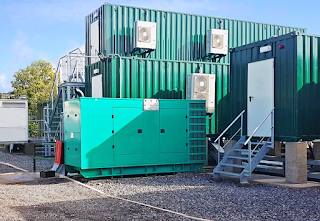 For the past year I have been building my climate-friendly 'green' portfolio. This includes a mix of renewable energy infrastructure trusts such as TRIG and Bluefield Solar and more recently, several individual companies such as Orsted and AFC Energy. The UK is moving quickly to replace its dependence on fossil fuels and embrace clean energy alternatives such as solar and wind.

However, the national grid system needs to match supply with demand. This is easier to do with coal and gas but with intermittent solar and wind, it becomes more unpredictable and it's therefore important to introduce forms of storage to smooth supply throughout the national grid system. The greater the proportion of wind/solar renewable energy, the greater the need for storage to balance the grid.

We are now at the stage where generation from renewables is matching fossil fuel so I expect the demand for storage solutions to increase from here. Coal is due to be phased out completely by 2025 and there is increasing pressure on policy makers to reduce our generation from gas due to climate change emissions. Our government have legislated for net zero emissions by 2050 which means that gas needs to be replaced by clean energy over the coming 30 years - maybe sooner. We need utility-scale storage back-up to make this a reality.

In the past year planning applications for battery storage have increased by 50% from 6,900MW to 10,500MW today according to a report from RenewableUK. This has prompted me to take another look at investing into this fast-growing sector of the clean energy revolution.

This investment trust came to the market in 2018 and it has been on a back burner as a possibility for my portfolio since reading an excellent article last year by IT Investor. It currently owns seven utility-scale energy storage systems around the UK with a combined capacity of 124MW. The most recent addition was the largest - a 49MW project at Red Scar near Preston which should be operational later this month.

The company released half year results in August (link via Investegate) which suggested a strong share price performance to end June - up 5.4% and confirmed dividend of 4.5p for 2019.

Commenting on the Fund's results, John Leggate CBE, Chairman of Gresham House Energy Storage Fund PLC said:
"The UK needs more grid-scale batteries. The growth in renewables demands this and recent events including the recent National Grid outage on 9 August provide confirmatory evidence that batteries can make a difference. The Fund is very well-positioned to build on its initial premise and to grow to significant scale and materiality. The Board and the Gresham House Team have the bench strength, capabilities and experience to create an impactful portfolio of high-performing assets in this sector which is becoming of critical national importance."

Shortly after these results, GRID completed a further placing of new shares raising an additional £42m which brings the total raised since launch to £200m which makes it the leading player in the UK grid-level energy storage field. The company have three further projects totalling 105MW which are due to be completed by March 2020 which will increase capacity to 229MW.

In October, the government (BEIS) announced a consultation on relaxation of planning regulations for utility scale storage which should be a significant boost for this sector as it will mean larger projects over 50MW will be cheaper to progress. The consultation period ends on 10th December so it will be interesting to see what they decide.

The company is due to go XD for a quarterly dividend payment of 1.0p later this week and has a target pay-out of 7.0p for the coming year.

We are due to host the UN climate change COP26 next year and the government will be keen to demonstrate its climate credentials to the world so I am hoping this will give a boost to all things related to renewable clean energy including storage.

This acquisition is not without a degree of risk. The energy market is complex with many players and subject to government policy changes as well as competition from some of the larger energy companies likely to be looking at the increasing attractiveness of this sector. However, the company appears to have established itself over the past year so, as I like to maintain a diverse portfolio, hence the reason for adding this trust to my 'green' collection. My initial purchase was 105p in my ISA.