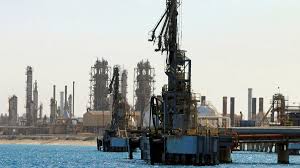 Over the past year or so, the global climate emergency has risen to the top of the political agenda. Every day we are reminded of the effects of a gradually warming world - wildfires in California and Australia, hurricanes and typhoons, closer to home the widespread flooding in South Yorkshire and Derbyshire at the end of last year. Currently, disruption from storm Ciara with winds gusting up to 95 mph and widespread flooding and 200 flood warning issued by the environment agency.

More and more school children are taking to the streets every Friday and Extinction Rebellion captured the headlines for many weeks as they organised mass protests in London and elsewhere to highlight the climate issues. Surely this sort of direct action will increase this year.

Naturally, a growing number of people are starting to question where their savings, investments and pensions are invested and finding they may be contributing to the climate problem - invested in fossil fuel companies or companies involved in the destruction of the Amazon rainforest. They are increasingly demanding their money is moved to investing for good and sustainable solutions rather than continuing to support the big business which are part of the problem which has got us to this point.

The Case Against Index Funds

Globally diverse, low cost index funds and ETFs from the likes of Vanguard and BlackRock have become increasingly popular over the past decade. Indeed the Vanguard Lifestrategy and HSBC Global Strategy funds formed the core of my investing portfolio for several years.

However, in 2019 I took the decision to dispose of my index funds. This was due to the fact that these funds hold a significant proportion of fossil fuel companies involved in the extraction of oil, gas and coal as well as all the major banks which fund their operations and also the insurance companies which underwrite them. If I was to take stock of all the large companies in any global index, I would suggest well over one third are continuing to make global warming worse and despite assurances to the contrary. They are failing to align their business models in line with the Paris Agreement to reduce CO2 levels well below 2.0C by the end of the century.

Obviously I get it that the whole point about passive investing and index funds is to stay above the fray, avoid trying to beat the market etc. but what's a person supposed to do when a large part of that market is hell-bent on destroying the planet and refusing to make any changes? The sort of capitalism championed by the likes of President Trump and Scott Morrison!

Obviously, the starting point for any responsible investor is to avoid the sectors which are the most polluting - coal, oil and gas. However, this is currently almost impossible to achieve by adopting the passive approach, even using the so called ESG funds, they all seem to hold the big oil companies and the big banks which fund their continuing operations for exploration and drilling.

The big pension funds and institutions are ahead of the curve and are starting to divest out of these fossil fuels. The more this gathers momentum, the more risk builds for those who remain invested. 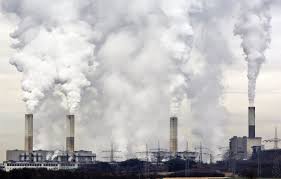 Fossil fuels is not the only sector to be affected - there is a strong possibility the transition will impact airlines, cruise industry, motor manufacturers, space exploration as well as the big insurers and banks which are closely connected to these sectors.

Having decided in 2018 to transition to a more climate-friendly portfolio, I naturally put my index funds - Vanguard Lifestrategy and HSBC Global Strategy which together had previously formed the core of my investments - under the spotlight in early 2019. I came to the conclusion that holding a little bit less of an oil company drilling for ever more oil in the Arctic was not the answer - this seems to be the basic proposition offered by the majority (all?) of the ESG funds.

Therefore to avoid these sorts of dubious companies, it was necessary to move back to those actively managed funds which avoid these sectors such as the likes Mid Wynd and also individual company shares - Orsted, Vestas, ITM Power etc. where it was fairly clear what activities the company are engaged in together with a range of renewable infrastructure trusts.

I am hoping that the index fund providers will come up with some climate-friendly index alternatives. I was encouraged to hear last month that Blackrock has joined Climate Action 100+, the world's largest group of investors pressuring the big companies to act on climate change.

CEO Larry Fink has said : "Climate change has become a defining factor in companies' long-term prospects … But awareness is rapidly changing, and I believe we are on the edge of a fundamental reshaping of finance. In the near future — and sooner than most anticipate — there will be a significant reallocation of capital".

In the light of this acknowledgement, I think it is now far more likely Blackrock will soon be offering investors the option of fossil-free alternatives to their main index funds and ETFs.

For the fossil fuel companies, the passive investing revolution of the past decade has provided support for their shares as a steady stream of investors money has headed their way. Furthermore, the big index fund providers such as Blackrock and Vanguard have shielded their executives from climate scrutiny...until now.

I sense the tectonic plates of the global financial system are beginning to move more quickly. Pension funds, local authorities and institutional investors are increasingly coming to realise they can no longer afford to be passive when it comes to addressing our climate crisis. I am sure that when investors have the opportunity to invest in a more climate-friendly way they will switch their money into investments which do not compromise the planet and life as we know it.

It just has to made simpler for everyone to make such a choice.

If you have any thoughts or opinions on the climate issue and passive funds, feel free to share them in the comments below.
Posted by diy investor (UK) at 09:46