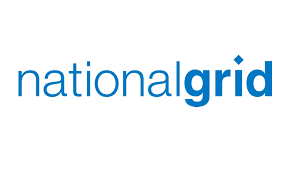 Everyone will be familiar with the National Grid. They are responsible for getting our energy from where it's made to where it's needed and not only in the UK but also in the US. This is a large FTSE 100 company with a market cap. of £31bn. The company is vital for keeping the lights on and millions of homes and businesses heated.

Obviously the company is tightly regulated and in return for spending billions on maintaining and upgrading our infrastructure, the regulator allows NG to make a reasonable profit. The revenues are fairly predictable and low cost of borrowing underpins the company's ability to pay a generous dividend to shareholder. For the current full year this should be in the region of 48p which makes a yield of 5.4% at my purchase price of 875p.

This has been on my watchlist for some time but I wanted to hold back until the political situation was clear as Corbyn had pledged to nationalise the company if he were to get into No. 10.

Obviously the shares will be attractive to seekers of income as returns from cash deposits remain very low and are likely to remain so with the Bank of England reducing rates this week. However, what interests me is their commitment to tackling climate change and the central role they play in the transition to net zero emissions by 2050. 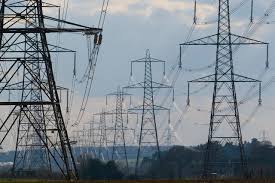 NG are one of only 11 UK-listed companies awarded an A rating in the latest 2019 CDP ratings (others I hold on the list include Air Liquide, Unilever and Orsted).

Here are some of the initiatives National Grid are involved in to tackle climate change:

*They are rolling out a network of interconnectors - undersea cables - to exchange electricity with other European countries. By 2030 this will provide capacity for 8 million homes to use 90% zero carbon energy.


*They have plans to initiate a network of ultra-fast EV charging points throughout the motorway services to facilitate the take-up of electric vehicles.

*Looking at the feasibility of switching from natural gas to hydrogen throughout the gas network to make home heating more climate-friendly.

*National Grid ESO are working on plans to operate a zero carbon electricity system by 2025.

In November the company declared a target to achieve net zero emissions by 2050 and are now looking at ways to achieve this ambition. They are also supporting the wider transition to clean energy by publishing their Green Finance Framework to support green financing throughout the group.

The company announced interim results last November (link via company website).
Underlying profits were up 1% to £1.3bn with good operational progress in both the UK and US. In July 2019, National Grid completed the acquisition of Geronimo, a leading developer of wind and solar generation based in Minneapolis in the US. National Grid also entered into a partnership with Washington State Investment Board to own 379MW of solar and wind generation projects developed by Geronimo, which have long-term power purchase agreements in place. These investments represent another step in National Grid's commitment to decarbonisation, bringing an exciting pipeline of solar and wind generation projects to the Group.

Results for the full year to end March 2020 should be available in mid May.

So, another FTSE 100 company joins Unilever and SSE in the growing green portfolio which takes my number of stand-alone companies up to 11 and representing just under 50% of the total holdings. I am hoping these larger companies will add more stability to the portfolio compared to just holding the smaller hydrogen plays.

Obviously the markets has been volatile over recent weeks. I believe this current situation will be temporary and could well be over the worst by May so it offers the opportunity to pick up a few bargains and NG is currently 18% below its high point of £10.67 in mid February. However, I am not a good timer of my purchases in these situations as the past couple of weeks has demonstrated and there may well be better bargains on offer next week!

More on this following the final results.