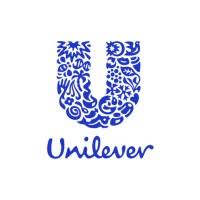 Unilever is one of the world's leading suppliers of fast-moving consumer goods.

The company states that more than 2 billion consumers worldwide use a Unilever product every day.

This was part of my income portfolio when I first started this blog back in 2013. It was sold in 2016 when I was moving my portfolio away from individual shares and more towards global index funds. I subsequently repurchased the following year just before the bid from Kraft-Heinz and then sold again the following year. What goes around comes around and, like SSE, with my 'green hat' on, I have taken another look at Unilever as it topped the climate sustainability table in the CDP analysis. 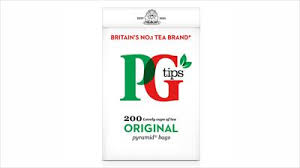 CDP is a not-for-profit charity and comprehensive sustainablity reporting platform which covers around one third of global listed companies. They monitor to what extent these companies have incorporated sustainability into their strategy and business models and rank them according to a range of criteria.

Out of the 8,400 companies disclosing for 2019, just 179 achieved an A-list ranking for climate change and top of this list was Unilever.

Unilever say they want low-carbon to become the new normal and are taking action to reduce greenhouse gas emission throughout their value chain. The company is aiming to become carbon positive by 2030 which means 100% of the energy used will come from renewables. In fact they plan to generate more energy than they use so the excess will become available to the communities where they operate throughout the world.

In addition to renewable energy, the company have taken action to eliminate deforestation from the supply chain, introduced internal carbon pricing mechanisms to drive the changes and design products with lower carbon footprints. The company believes it will be essential to put a price on carbon as a fundamental part of the global response to climate change if the world is to meet its carbon emissions reduction targets set out in the Paris Agreement.

I was Interested to see that the company have just started a government funded pilot scheme at their Port Sunlight factory which aims to demonstrate how hydrogen can be used as an alternative to natural gas at an industrial scale.

I imagine the easier part of the transition to a climate positive company will already have been achieved and challenges will remain over the next decade. However, it is encouraging to see such a large multinational company getting to grips with what needs to be done. This is the main reason for the company being added to my green portfolio but also the large companies like Unilever, Air Liquide and SSE will hopefully bring a little more balance and stability to counter some of the more volatile smaller companies.

The company announced full year results for 2019 in January (link via Investegate). Sales rose by 2.9%, slightly below target whilst earning rose by 5.8%. Dividends are paid in Euros which makes the income slightly unpredictable as it is subject to EUR:GBP exchange rates however the dividend for the past year was £1.43 which translates to a yield of 3.3% at my purchase price of £43.40.

Dividends are paid quarterly and the next announcement for Q1 will be mid April and I expect a 6% uplift to 0.435 EUR.

Obviously the share price has been a little volatile over recent weeks due to the concerns over coronavirus but hopefully this is a short term crisis and the markets will settle back to normal in the coming weeks.

So, another addition to my portfolio which takes the stand-alone shares to 10 in total which represent around 45% of my 'green' portfolio.