The Future of UK Energy 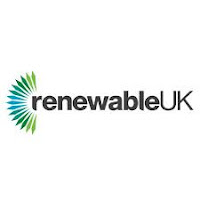 I have a keen interest in all things relating to climate and energy so I was really interested to see this landmark report "Powering the Future" from industry body Renewable UK suggesting a 6-fold increase in onshore and offshore wind by 2050.

Here are extracts of some of the main areas covered:

The UK has set a legally binding target to reach net zero emissions by 2050. Any residual carbon emissions will need to be offset by carbon capture or large scale tree planting.

The bedrock of this transition over the next 30 years will be a transforming of our energy system from its current centralised form to a low carbon, smart system which will be far more flexible and of course dominated by renewable forms of energy.

We have just 10 years to put in place the systems and investment to prevent global temperatures rising above 1.5C or we risk an exponential increase in climate-related disasters. If replicated around the world, the policies needed for the UK to reach its target would give a better than evens chance of limiting the global warming to 1.5C.

Just a decade ago, coal was the backbone of our power generation but over the last 10 years it has been replaced by renewable energy from wind and solar. We have currently gone almost 7 weeks without any coal generation - a record. Renewables accounted for 37% of the UK mix in 2019 and for the first time ever, surpassed fossil fuel generation in the final quarter of the year.

The government operates clean power auctions (CfDs) which provides a stable framework for investment in large projects such as offshore windfarms. Developers such as Orsted have a 15 year visibility on future revenues supplied to the National Grid. This has helped to drive down costs for renewables and the CfD model is now widely adopted around the world. Onshore wind and solar PV are now the cheapest source of new electricity generation worldwide.

National Grid ESO are working on plans to operate a zero carbon electricity network by 2025. Smart and sustainable new markets will be essential for operating a carbon-free electricity system.

The new system will become more decentralised and where renewable and low-carbon technology dominates how we generate electricity, the way we travel and how we heat our homes.  New technology will enable significant distributed and local generation, supported by energy storage and demand-side solutions.

Consumers will produce, store and sell energy in response to market signals, based on cost and carbon-intensity, through peer-to-peer trading, smart homes, and participation in our balancing and ancillary service markets advanced data and analytics change the way market participants interact with us and each other, and enable them to make more informed choices.

In addition to offshore, the Committee on Climate Change (CCC) recommend a greater deployment of onshore wind from currently 10GW to 35GW by 2035.
The CCC also suggest an increase in solar PV will be needed - to 40GW by 2030 from currently 13GW.

A diverse mix of clean energy is preferred and the UKs wave energy and tidal stream sector could provide a significant proportion of energy that is predictable and not dependent upon weather which makes it a good additional source of clean energy to compliment wind/solar.

As the renewable sector grows, the ability to store energy from wind and solar when there is an excess and then use it later when demand is higher will be crucial to the future functioning of our grid. Storage covers many technologies such as batteries including EVs, compressed air, pumped hydro reservoirs and clean hydrogen. It will cover periods of peak demand as well as help to smooth the flow of energy throughout the system.

We currently have a system that can ask renewable wind/solar to close down when there is an excess of energy and low demand...which seems a bit crazy to me and needs to be resolved. Combining renewable generation with storage such as battery or hydrogen will allow operators to divert supply from the grid and time-shift the power output release. Wind and solar farms which benefit from the ability to maximise returns during higher price periods.

Green hydrogen made from the electrolysis of water using power from wind or solar can contribute to the demand in winter for both heat and power. Currently there are trials underway to mix hydrogen with traditional gas and use the existing gas pipe infrastructure. Hydrogen could well be the key to unlocking the transition to net zero emissions.

Of course, smart charging in the smart homes of the future will be a big way of storing energy. With the increasing roll-out of electric vehicles, it will be possible to charge millions of EV batteries overnight with cheap renewable energy from wind and then use this aggregated stored energy to smooth supply across a local energy network the following day. Work is already underway to lay the foundations for this smart energy system. As the volume of EVs and renewable capacity increases, there is a wide range of emerging technologies to support low cost integration.

Currently the majority of the storage pipeline is battery. There is around 10GW either built or planned. Most are located at gas plants to take advantage of existing grid connections but increasingly there are new solar+battery projects and a growing interest in onshore wind+battery now it is free to take part in CfD auctions. According to National Grid ESO, storage capacity could increase to 23GW by 2050

The current model is based on centralised generation and passive consumers. As we transition to the new model based on low carbon renewables, we will need a new system which is more flexible, more decentralised and a need for more active participation.

In the energy world of the future, the problems will arise not from too much renewable energy but from a lack of flexibility in the system to match supply and demand and provide the transparency to provide real benefits to consumers.

We therefore need the roll out of smart meters to be stepped up and more smart tariffs introduced along the lines of the trials offered by Octopus Agile where lower energy prices are available during periods of low wholesale prices. This resulted in consumers shifting consumption away from peak periods by 28% and for EV drivers by 47%. Time-of-use tariffs will help to unlock the decarbonisation of our economy and help to balance demand and supply and "flatten the curve"...now where have I heard that before!

The national roll-out of smart meters will facilitate the introduction of new flexible tariffs where consumers can use more cheap electricity at times when the wind is blowing or sun shining.

We are already building the energy systems for the future. Low-cost heat pumps, a charging network for electric vehicles, renewable green hydrogen. The UKs net zero target by 2050 will be renewables-led providing clean, cheap power to a wide range of consumers. Renewable electricity, both directly and indirectly through the production of green hydrogen, will meet up to 75% of our energy needs. What is needed now is a stable market with long-term incentives in place to support the companies and investors who will deliver it.

For some time now I have been thinking about the big changes taking place around our energy system - both here in the UK and more widely - and then backing up some of this by investing into those areas which are likely to benefit. Of course there are never any guarantees but I have been building my 'green' portfolio with a range of investments which are likely to benefit from the transition to clean energy. So, a mix of renewable energy infrastructure trusts such as TRIG and UK Wind, the big global players such as Orsted and Vestas Wind and some smaller green hydrogen plays such as ITM Power and Ceres.

I am mindful of the wisdom of Lars Kroijer and his persuasive argument in favour of index investing in his book "InvestingDemystified". It is based on the premise that the average investor does not have an edge or advantage that will help him/her to beat the market.

As someone who has now rejected the global index to avoid fossil fuel companies and the big banks which finance them, it will be interesting to see whether this understanding of climate-related issues proves to be an advantage over the longer term.

As ever, this article is merely a record of my personal thoughts and how I see the future developing and should not be regarded as an endorsement - always DYOR!