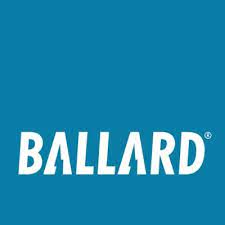 Ballard Power (BLDP) is a Canadian-based engineering company founded in 1979 and has a long history of involvement in the development of fuel cells. As far back as the early 1990s it was engaged with General Motors on a fuel cell powered passenger bus and by 2003 they had launched 30 clean energy buses throughout Europe as well as in Australia and China.

In May of this year the company celebrated 25 years listed on the Nasdaq Exchange.

In 2016 they formed a strategic partnership with Zhongshan in China with plans for the deployment of 300 fuel cell buses and the following year became the first company to clock up over 10 million cumulative kilometers of revenue service.

The company has links with several sectors but is mainly focussed on heavy-duty transport - bus, train, lorry and marine. They have operations in Canada, USA, Europe and China where they have several joint ventures with the likes of WeiChai, Zhongshan and Synergy.

Earlier this year the UK government announced a £5bn plan to enhance bus and bicycle infrastructure and the deployment of at least 4,000 zero emission buses.

Jo Bamford, owner of Wrightbus said, “Cities around the world are seeing massive reductions in air pollution as many vehicles have been kept off the road during the pandemic. However, the reality is that if we just go back to how public transport has traditionally been run, levels of pollution will quickly rise again to the same levels as before the crisis. We have an opportunity, working with Ballard’s leading-edge technology, to build hydrogen powered buses that will make a huge difference to air quality, as well as generating U.K. jobs. Therefore, our organization is strongly encouraging DfT to provide funding support for the deployment of 3,000 Fuel Cell Electric Buses, as part of the U.K.’s National Bus Strategy.”

Ballard, Wrightbus and Ryse Hydrogen are founding members of H2Bus Consortium which aims to deploy at least 1,000 hydrogen fuel cell buses throughout Europe.

Ballard currently has orders for delivery of 127 zero-emission buses in several countries including the UK, Germany, Netherlands and Italy. Under the EU Clean Vehicle directive, up to 45% of all bus purchases over the next 5 years must be zero emissions rising to 65% for the following 5 years to 2030.

Results
Commenting on the latest full year results released in March CEO Randy MacEwen said,
“We closed out 2019 with high activity levels, record quarterly revenue of $41.9 million in Q4, and full year revenue of $106.3 million, exceeding our full year outlook. Gross margin for the full year was 21%, Adjusted EBITDA was ($28.2) million and year-end cash reserves were $147.8 million. In 2019 Ballard also delivered continued progress in the execution of our strategy: we launched our next-generation LCS fuel cell stack and FCmoveTM power module, offering lower cost and enhanced performance; we received purchase orders for fuel cell products from the Weichai-Ballard joint venture in China, with construction of the joint venture facility moving toward commissioning by mid-year 2020; we announced our membership in the H2Bus Consortium in Europe as well as the creation of a Marine Center of Excellence at our Denmark facility.”
MacEwen continued, “In 2019 the hydrogen and fuel cell industry experienced remarkable momentum. A total of 18 countries, representing 70% of global GDP, announced hydrogen and fuel cell roadmaps. Major mobility players, including Weichai, Bosch, Cummins, Faurecia, Michelin, CNH, Hyundai and others, committed to significant investments in fuel cells. There is growing consensus in the financial community regarding a reallocation of capital as a direct result of global climate change. And, deployments of fuel cell electric buses and trucks also increased significantly in 2019, led by China.”
The 2020 Q1 results show momentum has continued into the new year with record revenues of $24m, an increase of 50% on 2019 and cash reserves of $181m however the company obviously warn of near-term uncertainties in relation to Covid-19. On the positive side they expect an increase in demands for improvement in air quality and also anticipate opportunities from the green stimulus provided by the EU Green Deal which is due to be formally announced later this week.

I am hoping the company will continue to benefit from the global transition to zero carbon emissions but at the same time, Ballard has not yet delivered a profit for shareholders despite increasing revenues year on year. As with many of the companies involved in hydrogen technology, there is lots of promise but also the risk that it may not translate to a profitable end result. This is why I have a scattergun approach - placing several bets in various 'pots' and hoping that some will prove to become successful over the long run.


As ever, this article is merely a record of my personal investment decisions and should not be regarded as an endorsement or recommendation... investing in smaller companies in a niche sector can be rewarding but is higher risk - always DYOR!
Posted by diy investor (UK) at 09:12