NextEnergy Solar (NESF.L) is a large renewable energy infrastructure trust and a member of the FTSE 250. It was added to my green portfolio last September.

Launched in 2014, the trust operates a portfolio of 90 solar farms located mainly across the South of England however in 2017 they acquired the Solis portfolio in Italy which accounts for around 15% of total operations.

The company have this week released results for the full year to end March 2020 (link via Investegate). The UK portfolio performed well with energy generated being 4.6% above budget due to more sun than average. In Italy performance was 6.4% above expectations.

Around 60% of the existing portfolio benefits from the usual government ROC subsidies which endure for an average of a further 16 years however these have now been withdrawn for new developments. The rest of the portfolio revenues are derived from purchase power agreements with utility companies. The company has completed the new subsidy-free 5.5MW solar unit at Hall Farm in Leicestershire and second 50MW project in Bedfordshire which is the largest in the whole portfolio. Like Bluefield Solar, they are working on a strategy to extend the life of existing assets and negotiate lease extensions and planning approvals which should help to increase net assets. 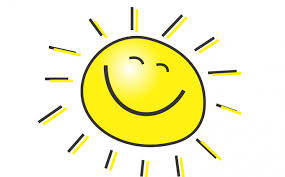 For the coming year NESF anticipates that 61% of revenues will be covered by regulated revenues such as ROCs with the balance derived from short and medium-term contracts. Agreements are already in place for 95% of summer 2020 and 50% for winter generation.

In Italy, 83% of revenues are covered by government feed-in-tariffs and the rest is totally covered by agreements to the end of 2020.

This raises uncertainty in relation to revenues into 2021 and beyond.

According to forecasts from Bloomberg New Energy Finance, UK electricity prices are forecast to decline by 4% per year to around £19/MWh by 2040 from its current price of £40. These lower energy prices are having an impact on the company's net asset value. Obviously this has no impact on those assets which are covered by the long term ROCs and feed-in tariffs backed by the government but it will affect the subsidy-free assets.

As was explained in this article by Finumus, most renewable energy companies have been working on inflated expectations of future power prices - double what is forecast by Bloomberg NEF - so it will be interesting to see how it actually pans out over time.

The Company's current UK long-term power price forecast implies an average growth rate of approximately 1% in real terms over the 20-year period and an average price of approximately £45.1/MWh in today's terms. This represents a decrease of 23.4% compared to those used at the end of the previous financial year (and 49% below the assumptions employed at IPO).

The reality is that nobody can accurately forecast these prices so far into the future. There will be a huge focus on reducing carbon emissions and an emphasis on achieving net zero emissions by 2050. This may involve government incentives to ensure these targets are met.

It will be interesting to see if this subsidy-free strategy can generate comparable returns. There is the falling costs and increased efficiency of the PV technology but also the uncertainty of future energy pricing. One area which could benefit these companies is storage - battery or otherwise - because it will be a big advantage to store energy when abundant and sell it when there is higher demand. I am guessing these companies will already be looking into this area but see no reference in the annual report.

As can be seen from the chart above, the share price has taken a hit over recent months and I will be happy with any modest increase in addition to the dividends. However, it is looking like the company may abandon it's policy of payouts in line with inflation due to the fall in future power prices. 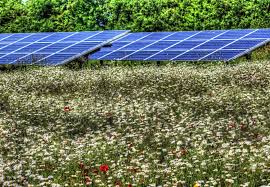 There is a lot of focus on storage of surplus renewable energy whether in the form of battery, green hydrogen, pumped hydro or air battery. The ability to store this energy will mark a fundamental shift for solar renewable generators as well as wind and wave. One advantage is that operators can become more profitable by holding back energy via storage when there is excess and correspondingly lower wholesale prices and then releasing it when demand and prices are higher.

The Covid pandemic has had an adverse impact on power prices as demand has been much reduced due to lack of economic activity. The short term effect has been to reduce NAV by around 10% and I would expect this weaker demand to continue well into 2021.

I think it would make sense to explore storage solutions and submit planning applications for storage at the various locations.

Ongoing charges are 1.1% which seems on a par with my other solar funds. There are a number of large institutional shareholders including Artemis, M&G, Investec, Baillie Gifford and Legal & General

A recent analysis from carbon Brief suggested almost 50% of our electricity will come from renewables by 2025. This includes wind, biomass and hydro/wave as well as solar but it means that capacity for solar should expand from currently 5% to approx. 10% over the coming few years.

The UK is to host the IPCC COP 26 gathering in Glasgow next year and I expect to see further government policies to increase renewables which will demonstrate leadership on climate and back up the decision taken last year to move to net zero emissions by 2050.

Of course as with most investments, the sector is not without risks. I suspect the main one would be a continuing decline in the wholesale energy prices NESF could secure and the need to revise its long term assumptions which would have a further negative effect on NAV.

However, broker Stifel turned positive on UK renewables at the end of March

“Following the savage de-rating, the sector looks attractive in terms of valuations and robust in terms of dividends compared to many equity sectors. The wind will blow and the sun will continue to shine.”

I hope they are correct but I am now a little more circumspect than I was last year so I am unlikely to be topping up my holding in NextEnergy for the time being.