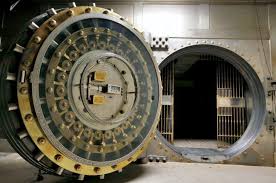 This capital preservation investment trust was added to my portfolio in May as I was re-evaluating asset allocation following the Covid-19 shock to global markets.

It has a simple objective - to protect and increase (in that order) shareholder funds.

The trust has recently published results for the full year to end April 2020 (link via Investegate).

At the end of the period, asset allocation remained defensive with liquidity at 55% (cash, gold and bonds etc.).

During the first 9 months, equities were reduced to 30%, the lowest for a decade however during February and March, equity levels were increased taking advantage of the sell-off which included the addition of new holdings in Google, medical devices company Medtronic, life sciences specialist Agilent and Visa.

"We are relieved by the resilience shown by many of PAT's holdings during the sell-off. The trust's equities held up far better than UK and global equity indices. The mundane activities of selling coffee, chocolate, toothpaste and pet food demonstrated the longstanding merits of staples companies like Nestlé, Unilever and Colgate. Elsewhere, technology companies with recurring revenues, like Microsoft, proved suitably defensive, thanks to the need for millions to work from home during lockdown. Franco-Nevada, the gold royalty company, was our best performer. Gold bullion rose, proving its value as a hedge against the dire economic and monetary uncertainty unleashed by the pandemic.

Central banks with little room to cut interest rates sufficiently to offset the downturn moved further down their unorthodox monetary playbook, ratcheting up record levels of quantitative easing ("QE") to fight deflation through currency debasement. This helps to explain the rise in the gold price, thanks to gold's status as "the currency that cannot be printed". In some cases central banks have crossed the Rubicon in financing fiscal spending directly, risking an inflationary environment later this decade. This should continue to support the bull market in gold that began almost 20 years ago. However, fixed income as an asset class now offers yields of close to nothing, signalling that the 40-year-old fixed income bull market may be coming to a close. There is certainly little upside without yields turning negative".

The trust has paid a small dividend of £5.60 p.a. (paid quarterly) for several years and say this is likely to continue for the foreseeable future.

On a personal level, I would be happier if the trust disposed of the tobacco holdings and moved towards more sustainable sectors such as renewable energy and I have emailed the managers to express my reservation but at least they have disposed of their holding in a Canadian oil company.

Index linked bonds make up just over 30% with cash and UK treasuries a further 16%. Gold accounts for just under 10% of the portfolio.

The shares were added to my portfolio at £432 in early May and have advanced to currently £448... an all-time high point.

I think in these uncertain times it's probably a sensible idea to think about the potential downside of the markets and with an eye on capital preservation. I have also added the Trojan Ethical fund to my green portfolio which is managed by the same stable on very similar lines (but excludes tobacco). These two combined make up around 6% of my portfolio.