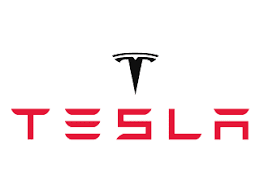 I have been a long term follower of the fortunes of this iconic company. For many years it has been loss-making however, over the past year it has turned a profit in each of the past four quarters and sentiment seems to be more favourable. The share price has responded accordingly and moved above $300 earlier this year.

With a market cap. of $300bn it has now overtaken Toyota to become the world's most valuable car maker.

The company made $104m profit in the second quarter to end June and is now eligible to join the S&P 500 which would give the shares a further boost as they would need to be picked up by index trackers. The company have an ambitious target of 500,000 cars this year.

The company has been a long-term constituent of Scottish Mortgage Trust and in the recent annual report, manager Tom Slater said:

"With consumer internet development muted, it has been left to Tesla to uphold the reputation of West Coast America for bringing disruptive innovation to the world. It has made remarkable progress. The vision and ambition at Tesla have always been clear but at times the company has struggled with execution. That has changed. Steadily increasing and profitable production of the Model 3 sedan has been accompanied by the successful (and earlier-than-planned) production ramp of a new SUV, the Model Y. At the same time the company has completed a second production facility in Shanghai and launched a pickup truck which has already amassed hundreds of thousands of pre-orders. This progress has come amidst delays, cancellations and false starts in electric vehicle production for the established auto manufacturing industry. We wish we could find other big companies that were making such progress in the move to a sustainable energy economy".

Tesla is clearly the global market leader in the electric car market with around 75% of the US electric vehicle market and 25% in China. Tesla's lead in battery technology should help it to maintain this position as it continues to make improvements and new models and also looks to reduces prices as it scales up production. It has its main plant in California but has expanded into China and is looking at new plants in Berlin and Texas.

EVs accounted for 2% of all global car sales in 2019 but this is forecast to rise quickly to over 30% by 2030 as more emphasis is placed on climate and the environment.

In addition to cars, it offers solar+battery storage solutions for domestic and commercial customers. This has the potential to become larger and more profitable than the auto division. In 2019, the company declared an ambition to become a global energy distributor.

Battery storage capacity is transforming the traditional electricity grid and will be a crucially important part of the global transition from fossil fuels to clean energy. Tesla have designed and manufactured a utility-scale storage system called "Megapack". These can be installed in as little as three months to provide 250MW of clean energy at a fraction of the cost of a traditional gas-fired power station.

Indeed, they have now applied for a license to generate electricity in the UK. Obviously the battery technology used in cars can be used to store energy from renewable energy such as solar and wind. The firms software called "Autobidder" enables the company to trade renewable energy more efficiently.

They are currently looking at virtual power systems where customers install solar+battery. Instead of selling excess power back to the grid on an individual basis, a whole community can pool resources via a virtual power plant. It is likely that Tesla clean energy will become a large part of Tesla's activity in the future.

It is this part of the business that has finally persuaded me to add the shares to my portfolio despite the 3-fold increase in the share price since the start of the year. So, having put my reservations about CEO Elon Musk and his involvement with SpaceX activities to one side, the shares were added to my green portfolio last week at the price of $283 (£220). The recent rise in the value of GBP v USD has made the shares more attractive. They've obviously had had a good run in recent months so I am prepared for some volatility and pull-back but I am hoping the longer term prospects remain positive.

The shares replace Air Liquide in my green portfolio.

As ever, this article is merely a record of my personal investment decisions and should not be regarded as an endorsement or recommendation. Individual shares usually carry more risk than collective investments such as index funds - always DYOR!
Posted by diy investor (UK) at 16:21