As concerns about climate change rise to the top of the political agenda, the role of the big oil companies and their contribution to carbon emissions comes under more and more scrutiny.

BP's new CEO Bernard Looney said he was prepared to engage with stakeholders such as the big pension companies and earlier this year pledged to find ways to make the transition to net zero emissions by 2050.

“BP has to change, and faster than ever, because the world is changing fast, and so are society’s expectations of us,” Mr. Looney said.

Earlier this week BP announced Q2 results - one of the worst quarters in its history with a loss of $16.8 bn for the 3 month period and resulting in a 50% cut to the dividend.
At the same time, BP announced their new ambitious strategy on climate to deliver net zero emissions in accordance with the Paris Agreement. 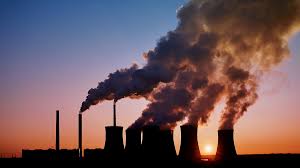 The basic plan is to transition from an international oil & gas company into an integrated energy company. This will entail a 40% reduction in production of fossil fuels by 2030 and a 10x increase in renewables - $5 bn per year.

This move will make BP the leader of the pack in the new race to zero and will place pressure on the other oil companies to review their own strategies.

Mel Evans of Greenpeace UK says BP “has woken up to the immediate need to cut carbon emissions this decade”. She adds that the company “must go further… but this is a necessary and encouraging start”. 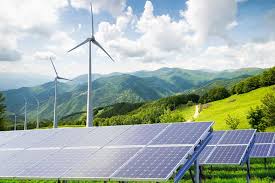 One of my portfolio holdings, Orsted have transformed themselves from a Danish oil and gas company to a world-leading renewable energy company over the past decade and there is no reason why BP could not follow this lead albeit on a much bigger scale. Maybe they really are moving Beyond Petroleum...as they were suggesting 20 years ago.

Obviously I am very pleased to see this decision by one of the major multinational oil giants. In a way it was always inevitable that the old ways of working were unsustainable. Therefore this move needed to happen sooner or later and it remains to be seen what they actually DO but this could be the move which breaks the log-jam and opens the door for a cascade of action on climate change from big oil. It certainly would not be before time.

In the coming decade we should see large areas of the global economy moving from a reliance on oil and gas to climate-friendly sustainable alternatives - wind, solar, hydrogen.

I will be interested to hear more detail on the plans during its capital markets presentation in September. But we could be seeing the start of a new world order unfolding...fingers crossed!

Feel free to have your say in the comments below. Is this a genuine game-changer or more greenwash? Will the other oil companies follow?