The Importance of Scope Emissions 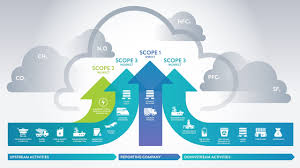 All businesses impact on the environment - some such as oil & gas companies much more than others such as green energy companies. In order to better understand the impact of greenhouse gas emissions such as carbon dioxide, they are broken down into three categories - Scope 1, 2 and 3.

This system was introduced in 2001 by the World Resources Institute as part of their Greenhouse Gas Protocol designed to create a universal method for all companies to measure and report on emissions related to their business. As climate change rises up the political agenda, the reports of global companies are more closely scrutinised for disclosure of carbon emissions.

Scope 1 include all the direct emissions directly under the control of the business including the types of fuel used on site, the emissions from any motor fleet and air conditioning systems etc.

Scope 2 include indirect emissions arising from the electricity or other energy purchased by the business.

Finally, Scope 3 emissions are all the remaining indirect greenhouse gas emissions which the company does not control. These are usually the largest proportion of CO2 emissions associated with the business and include all emissions from the supply chain of a business as well as end users of the products made by the business.

With the public becoming increasingly concerned about environmental issues, there is now much more emphasis on sustainability and therefore scrutiny of an company's carbon emissions - especially scope 3.

Many of the world's leading companies are pledged to reduce their carbon emissions in line with the Paris Agreement and even the big oil majors are starting to address their scope 3 emissions and aim for net zero by 2050. BP have recently pledged to become net zero under the new leadership of Bernard Looney, likewise Repsol announced a major shift last December

I was interested to hear that the world's largest company Apple with a market cap. of $2 trillion - larger than the combined value of all FTSE 100 companies - has recently declared it will become carbon neutral by 2030. It's own energy consumption is already covered entirely by renewables but its new commitment will extend to its suppliers and end users - i.e. scope 3 emissions. This is a big deal and will likely have far-reaching implications down the line.

Most of these emissions come from the outsourcing of manufacturing, mainly to companies in the Far East and the task is to ensure that all these supply companies use 100% renewable energy and use renewable materials. This is quite a task and Apple have created an entire team dedicated to helping its suppliers plug into clean energy.


"Businesses have a profound opportunity to help build a more sustainable future, one born of our common concern for the planet we share," said Apple CEO Tim Cook ... "Climate action can be the foundation for a new era of innovative potential, job creation, and durable economic growth."

Therefore, these large global companies can have a huge impact on the transition to a net zero world - possibly more so than individual governments.

I do not hold Apple as a stand-alone company in my portfolio but do hold it indirectly via my technology investment trusts - Allianz and Polar Capital. I do however hold some large companies, the likes of Microsoft and Google in my portfolio and I have now had the opportunity to check their Scope 3 climate change ambition.

The company has also pledged to become carbon neutral by 2030 but also to go further and remove all the carbon emitted since it was founded in 1975. In July the company updated its Supplier Code to ensure all suppliers report their emissions data. This will help Microsoft to work with their supplier companies around the world to reduce their greenhouse gas emissions and bring them more into line with Microsoft's goals on achieving net zero.

The company has been carbon neutral since 2007 and in 2017 they matched 100% of their energy consumption (scope 2) from renewable energy.

Google is the world's largest corporate purchaser of renewable energy - currently around 3.5GW. It has a market cap. of $1 trillion.

This week they have pledged to become carbon-free by 2030

For the past 3 years they have matched annual electricity usage with renewable energy purchase. However this new policy is far more ambitious and will involve round-the-clock clean energy for all data centers and campuses. Electricity sourcing (scope 2) will be decarbonised over the coming decade.

Google works directly with over 2,000 suppliers in 70 countries. Many of these countries still operate largely on an energy grid based on fossil fuels such as coal and natural gas. Google will deploy 5GW of clean energy across the supply chain which will involve $5 billion invested in new wind, solar and other clean energy solutions. 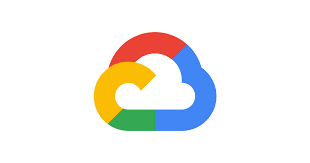 Facebook ($750bn) have also pledged to use 100% renewable energy by the end of this year and will aim for it's entire value chain to become net zero by 2030 to include all suppliers and end users. Amazon ($1.5 trillion) are now lagging behind with its pledge to achieve net zero emissions by 2040.

I think the Covid pandemic and the increasing climate change events such as the devastating wildfires that hit Australia last year and are currently affecting the west coast of the US are starting to challenge the 'business as usual' thinking for governments, companies and the general public. Clearly some big changes are needed to move to a more sustainable economy for the long term and these changes need to be implemented with some degree of urgency.

I believe a big part of that change will be influenced by just a few individuals at the top of some of the world's biggest businesses - Apple, Microsoft, Google, Tesla etc. Now they have committed to net zero carbon emissions, the snowball effect will influence other large companies and policy makers and also cascade down the chain to other businesses who have a relationship with these top global companies.

Hopefully, within a decade, the world will look quite different to how it looks today - a slowing of global warming with the potential to keep within the 1.5C limit recommended by the IPCC, more electric and hydrogen fuel cell transport, cleaner air quality, a ten-fold increase in renewable energy with a corresponding reduction in the use of fossil fuels, our banks and insurers declining support for the polluting industries and diverting their businesses strategy to support cleaner, more sustainable models.

In 2010, climate scientist, environmentalist and writer James Lovelock - most famous for the Gaia Theory - said humans were too stupid to prevent climate change impacting our lives over the coming decades. He seems to be proved right so far but let's hope over the next decade he turns out to be wrong - otherwise it could be game over.