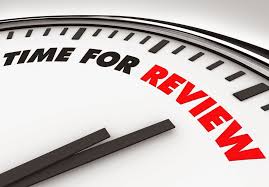 It's now just two years since I started to move my portfolio towards more climate-friendly investments and exactly one year on since I managed to wean myself off the final fossil-fuel investment in my global index funds. Last September I sold Vanguard Lifestrategy 40 and HSBC Global Strategy funds - both held in my Halifax ISA.

Over the past year I have been gradually building my green portfolio. Additions include Vestas Wind, Gresham House Energy Storage Trust, Octopus Renewables Trust at launch, a top up to ITM Power, Ceres Power, additions to UK Wind, TRIG and Bluefield Solar during the Covid downturn, likewise new holdings in Google and Microsoft in April, McPhy Energy, NIBE and more recently the addition of Tesla and Allianz Technology Trust.

As we transition to a new world order from an economy based on oil and coal to clean renewables, I think it is now clear that the organisations that can embrace the new order and align their business models with a commitment to zero carbon emissions will benefit.

Just last week, China unexpectedly announced it was aiming to hit peak carbon emissions before 2030 and to become carbon neutral by 2060. This policy announcement and the implementation will have a big impact on how other countries respond to the fight against climate change. It will be interesting to see how the US responds!

A company that is ahead of the climate curve is Orsted which has transformed its business from one focussed on oil and gas just a decade back to now being a global leader in offshore wind and one of the worlds most sustainable businesses.

There are many companies both large and small now working in clean energy and related industries. These include those focussed on the growing hydrogen economy which is set to become a large part of the transition to net zero and is increasingly recognised by governments as needing support over the coming years.

The global hydrogen economy is estimated to be worth $12 trillion by 2050 according to a report by Goldman Sachs and create many millions of jobs. The EU, Japan, Australia, South Korea, and China are already investing billions to support their hydrogen plans for the future and the UK government will shortly announce its hydrogen strategy.

Of course, not all the companies currently involved in this area will become successful..but some will become the next equivalent of Exxon or Shell.

The other big play, in my humble opinion, is and will increasingly be the tech sector. The Covid crisis has highlighted just how much we all depend on technology. Trends that have been gradually become more and more integrated as a part of our everyday lives have accelerated during the lockdown. These are structural changes to our global society and will remain long after the pandemic recedes. People will continue to work from home rather than commute into the cities.

Tech companies account for around 25% of the S&P 500 and this percentage is likely to increase over the coming decade. It is no surprise that funds and trusts such as Allianz Technology and Polar Cap. Technology have provided some the best returns for investors over the past 10 years with annualised returns of 23% and 20.6% respectively for these investment trusts.

So, I am aligning my portfolio in accordance with my values and lifestyle. In recent years I had become increasingly uncomfortable investing in the big oil companies and the banks which support their operations so I decided to do something positive. I suspect lots of people are starting to question where their pensions and ISAs are invested and what sort of companies they are unwittingly supporting.

Obviously I am somewhat lucky to have ditched the fossil fuel sector before it crashed - Exxon, Shell and BP are down 50% for the year-to-date and this has been a big drag on the index funds which all hold these large fossil fuel companies. I last updated my portfolio to the end of August and one month on my returns for the first 9 months are 21.5% as a whole and 28% for my green holdings which currently make up around 80% of the portfolio. The Vanguard Lifestrategy 80 fund is down 0.18% over the same period and VLS 60 up 1.56%. The FTSE 100 is down -19.6% on a total return basis...dire.

The better performers have been the smaller companies with a focus on hydrogen such as ITM Power 300%, McPhy 310%, Ballard Power 62% and Ceres 58%. My global clean energy ETF 65% and the large wind energy companies Orsted and Vestas 47% and 65% respectively.

It's still early days but after two years of significant outperformance compared to the global index funds, I am becoming increasingly confident that green investing for a more sustainable world is both the right thing to be doing as well as the most rewarding.

The world is changing very quickly to tackle the immediate threat posed by Covid-19 but also the much larger threats posed by our climate emergency. I am wondering if we will look back in a few years and see 2020 as the year when the world started to take climate change seriously.

Anyway, over to you...what do you make of climate change and have you made any changes to your portfolio over the past year or two? Leave a comment below.