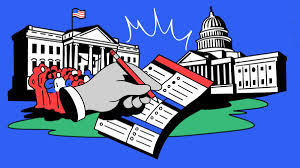 After a few tense days of uncertainty, America and the world breathed a huge sigh of relief on Saturday when it was announced that Joe Biden had secured a narrow victory over Trump. True to form, the president was playing golf at the time and has so far refused to accept defeat and alleges all forms of fraud and intends to contest the count in the courts. There is no evidence of course and Trump would be well advised to reconsider, stop throwing his toys out of the pram, put on his big-boy pants and extend congratulations to president-elect Biden and vice-president elect Kamala Harris the first woman to ever be elected to the position.

The new administration will take office in January following confirmation from the electoral college. There will be many changes of direction compared to the past four years - foreign policy, getting to grips with the science of Covid, racial issues which have caused so much division under Trump. But to my mind, the biggest changes will be on climate. 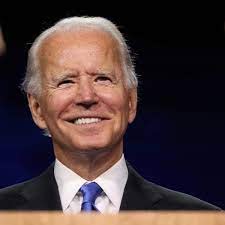 Joe Biden has already said that climate change is the "number one issue facing humanity" and has vowed a national transition away from fossil fuels towards renewable energy. The president elect has pledged to rejoin the Paris Climate Agreement within 77 days of taking office and has pledged to cut greenhouse gases and for the US to net zero emissions by 2050. Therefore some of the world's largest economies on the path to keep warming below 2C. The US will join the UK, Europe, Japan, China (2060), S Korea in the fight against global warming and this will put more pressure on the rest of the world - India, Australia, Brazil - to get on board.

This focus on climate will involve a massive green stimulus package and spending of up to $2 trillion on green technologies such as wind and solar, green hydrogen, EVs and infrastructure over the coming decade. This will be a boost to many companies already operating in this area and I am expecting to see some big orders coming down the line for some of my investments - Orsted, Vestas, Tesla. Plug Power etc.

We can lead America to become the world’s clean energy superpower. We can export our clean-energy technology across the globe and create high-quality, middle-class jobs here at home.  Getting to a 100% clean energy economy is not only an obligation, it’s an opportunity. We should fully adopt a clean energy future, not just for all of us today, but for our children and grandchildren, so their tomorrow is healthier, safer, and more just.

Of course, what he wants to do and what he can actually achieve given the Republicans still control the Senate is a different matter. Probably very similar problems to those faced by president Obama. But getting rid of Trump has been the first big step to the goal of achieving a sustainable, climate neutral world.


I feel hugely more optimistic about the future this week than I did last week and look forward to seeing how the green policies are implemented over the coming years of the new administration.

Have you been following the US elections? Are you pleased that Trump has been defeated. Feel free to leave a comment below.