Over the past year or so I have been following a range of companies which focus on green hydrogen. I have added some of these to my green portfolio and seen some spectacular returns in a very short period. This has given me the confidence to add more and diversify this part of my portfolio, often with taking part profits from existing holdings.

One such recent addition has been NEL ASA, a Norwegian clean energy specialist listed on the Oslo exchange and also the Frankfurt exchange. It's operation covers the whole hydrogen chain from production via electrolysis through to storage solutions and the provision of hydrogen fueling stations. It is the worlds largest manufacturer of green hydrogen electrolysers with deliveries to over 80 countries and provides the solutions for the transition to clean energy with its proprietary H2Stations. 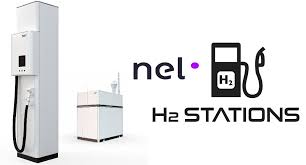 As with most of these hydrogen companies, Nel is not yet profitable but is investing heavily to grow the operations and frequently places new shares to raise capital for investment. Obviously over the past year it has been affected by Covid but according to the latest Q3 report (pdf), revenues of 147.7 NOK are in line with the previous year (148.9). However the order backlog is up 63% YoY and cash balance has increased from 651 NOK to 2,543.

While our short-term operations, production and installations are affected by the pandemic, with the financial performance in the third quarter in line with our outlook, the adoption of green hydrogen and industrial hydrogen applications continues to accelerate."

The market for clean hydrogen is expected to grow significantly over the coming decade and beyond as the world turns to zero emissions fuels for energy, transport and to decarbonise many aspects of industry currently powered by coal, oil or gas. The EUs new hydrogen strategy suggests that hydrogen could account for a quarter of the world's energy needs by 2050 and analysis suggests the market could grow at least 10-fold and drive annual revenues to over $1 trillion. Germany has pledged to instal 5GW of green hydrogen capacity by 2025, France 6.5GW and S Korea 15GW by 2040.

The likes of Nel (and UK-listed ITM Power, Ceres Power etc.) are likely to benefit from this transition. Nel was one of the first companies to roll-out commercial electrolysers in the 1970s and has now provided over 3,500 worldwide. In addition to production, Nel is a leading manufacturer of hydrogen fueling stations for fuel-cell cars, buses, lorries and forklifts.


Earlier this year, the company signed a $30m deal with US truck company Nikola. On the back of this deal, Nel decided to build a megafactory in Norway to scale up manufacturing. Nel purchased 1.1m shares in the US company. Unfortunately soon after this deal was agreed Nikola founder resigned under a cloud of and is currently under investigation. Although the deal with Nikola is still on the cards, there is now a greater degree of uncertainty. The shares took a hit as a result but have since recovered momentum but I missed an opportunity to pick up some shares on the cheap.

Despite the disdain shown by Elon Musk for anything hydrogen, fuel-cell technology is rapidly gaining acceptance with governments and policy makers as the best decarbonisation solutions for heavy transport - trucks, shipping, trains and even aircraft. Unlike battery-powered vehicles, hydrogen fuel cells are relatively light and also can be refueled in minutes rather than the hours taken to charge a battery.

The shares have seen a strong surge in recent weeks as investors start to appreciate the potential for green hydrogen solutions and there may well be some pull-back/profit taking. However longer term I am hoping there will be much more to come as the US rolls out its green new deal under the Biden administration and Europe pushes ahead with the transition to a greener economy.

However, electrolysis is just one way of producing hydrogen. It will require investment from governments and large global companies like Apple and Google to scale up production and bring down costs and there may be other ways to make clean hydrogen as the transition gets underway so I will continue to hedge my bets with the likes of Ceres, Ballard and Plug Power for example.

Market cap is approx £3.2bn. The shares were purchased last week in my ISA at €2.50 (around 230p at current exchange rates).

More on this following the full year results due February 2021.

Last month I acquired a holding in Enphase Energy which provides clean energy from solar combined with storage solutions. SolarEdge operates in the same space and I have decided to add this second solar energy company to my portfolio as the pace for the green revolution seems to be gathering speed as Joe Biden is about to replace Trump in the White House in January.

Like Enphase, the basic model is to maximise power generation from solar PV with their inverter solutions and thus reduce the costs of renewable energy for the consumer. Their products are sold in over 100 countries on every continent around the globe.

As renewables such as wind and solar grow around the world in the transition away from fossil fuels, so the centralised energy network will need to change to a system where energy is produced near to where it is consumed e.g. at the home of the consumer with roof-top solar PV combined with energy storage. This will create opportunities for new interconnected and decentralised energy networks which ensure a reliable connected service combined with low costs and stability.

SolarEdge is at the cutting edge of this transition to a more decentralised energy network with its cloud-based management tools which can link up small scale communities which use PV, storage and electic vehicles to create a virtual power plant. 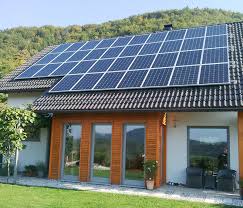 Since listing on the market in 2015, SolarEdge has seen impressive growth in revenues - average 45% p.a. making it the largest PV inverter provider globally. Around half of revenues are from the US with a further 40% coming from Europe. Obviously revenues have been affected by the global pandemic this past year. According to the latest Q3 results to end September, revenues of $338m were up 2% on the previous quarter but down 18% compared to Q3 2019. Hopefully, with the roll-out of the vaccines, production can return to normal in the coming year.

Gross profits have increased by 4.5% at $351m over the first 9 months compared to the same period in 2019. Cash and cash equivalents have quadrupled from $247m to just over $1bn at end September 2020.

Solar capacity is expected to increase by 15% each year for at least the next decade and could be responsible for up to 50% of total energy requirements in many countries by 2050. According to the latest report from the International Energy Association, 90% of all new electricity generation this year will be from renewables. This means clean, green electricity will become the largest global power source by 2025 providing one third of the world's electricity.

Looking at 2021, the new Biden administration will be giving substantial support to the renewable energy sector. SolarEdge and Enphase hold around 80% of the market in the US for inverters and power optimisers and I expect them to be the logical beneficiaries of the green new deal which aims to make the US energy system carbon neutral by 2035.


Finally, just a heads up...both of these companies are currently held in the iShares Global Clean Energy ETF (also Vestas Wind, Orsted and Plug Power) so this is probably an easier way for investors who wish to gain access to this sector.

The shares have seen a good run this year, rising from $100 to reach a high of $315 in October. Obviously there is a possibility that they are currently over-priced but if they continue to grow revenues at anywhere near the pace of the past four years, I think there will be much more to come. The shares were purchased in my ISA at the price of $285 (which works out at £214 based on current FX).