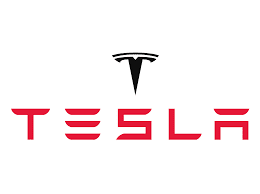 Tesla is the global market leader in the electric car market with around 75% of the US EV market and 25% in China. Over the past year the share price has increased by 700% giving a market cap. of $825 billion which makes it the largest global car maker. The stock has now joined the S&P 500 which means it will now be held in all the major index funds/ETFs.

Tesla's lead in battery technology should help it to maintain this position as it continues to make improvements and new models and also looks to reduces prices as it scales up production. It has its main plant in California but has expanded into China and is expanding with new production factories in Berlin and Texas.

The shares were added to my portfolio at $282 last July however after a rapid surge, I sold half my holding a month or so later to release some funds for my house purchase which completed in November.

The company have released Q4 results (pdf via Tesla website). It's been a good year on most fronts with their target of half a million EVs delivered over the year combined with increased profits and cash-flow. They expect to increase production/deliveries by over 50% in the coming 12 months.

Vehicle revenues increased 31% to $27.2bn with gross profits up 58% to $6.98bn. After operating expenses, this is the first full year of net profitability for the company.

Tesla made $400m from the sale of regulatory carbon credits to other motor companies which they need to meet carbon emissions legislation. This bonus has grown significantly over the past year or two but is likely to become less valuable as other manufacturers increase their own EV roll-out. For example Renault/Nissan and Volkswagen are moving quickly to step up production of their EVs and they currently have a combined 40% share of the EU electric vehicle market compared to around 15% for Tesla.

Tesla remains the top holding in the £17 billion Scottish Mortgage trust and accounts for just over £1.8bn or 10.7% of the SMT portfolio.

In addition to cars, it offers solar+battery storage solutions for domestic and commercial customers. This has the potential to become larger and more profitable than the auto division.

In 2019, the company declared an ambition to become a global energy distributor. Battery storage capacity is transforming the traditional electricity grid and will be a crucially important part of the global transition from fossil fuels to clean energy. Tesla have designed and manufactured a utility-scale storage system called "Megapack". These can be installed in as little as three months to provide 250MW of clean energy at a fraction of the cost of a traditional gas-fired power station.

Indeed, they have now obtained a license to generate electricity in the UK. Obviously the battery technology used in cars can be used to store energy from renewable energy such as solar and wind. The firms software called "Autobidder" enables the company to trade renewable energy more efficiently.


Over the past year, energy storage deployed has grown by 83% to over 3GW whilst solar PV increased by 18% compared to 2019.

It is this part of the business that persuaded me to add the shares to my portfolio last year despite the significant increase in the share price since the start of last year.

The shares have obviously had had a good run in recent months touching a high point of $890 last week so I am prepared for some volatility and pull-backs but I am hoping the longer term prospects remain positive. When a share price is rising very rapidly over a relatively short period it is very tempting to sell and bank the profit before the 'bubble bursts' so I am pleased that I have managed to resist this temptation so far.

Currently the shares are $835.