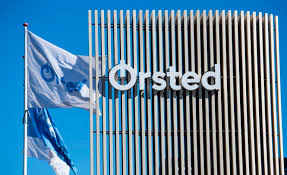 This energy company based in Denmark is a global leader in offshore wind with around 30% of global capacity. It also operates onshore wind, solar, energy storage and bioenergy plants. It has ambitions to become the world's first green energy supermajor to rival the traditional oil & gas giants such as Exxon, Shell and BP and now has operations in Denmark, UK, Germany, Holland, US, Japan and also Taiwan.

The company's vision is to see a world run entirely on renewable energy.

Orsted were ranked the top most sustainable energy company in the Corporate Knights 2021 Global 100 Index. The company has pledged to become carbon neutral by 2025 making it the first major energy company to reach net zero emissions in energy generation.

The company has today announced results for the year to Dec 2020 (pdf link via Company website). Operating earnings increased to DKK 18.1bn, an increase of 4% on 2019 and ahead of expectations and despite all the challenges posed by Covid. Net profits of 16.7bn were boosted by DKK 10bn profits from the disposal of its power distribution, residential and city lights business.

Several new onshore and offshore wind farms have been commissioned over the past year including Hornsea 1 in the North Sea and Borssele 1&2 off the Dutch coast. The 1.4GW Hornsea 2 is due for completion in 2022 and Hornsea 3 has just been given the green light by the UK government.

There has been a move into onshore wind and solar PV in the US. Also there has been significant progress on green hydrogen projects with funding secured for projects in the UK, EU and Germany. The most recent is a partnership with BP for a 50MW electrolyser at their Lingen refinery with a long-term ambition of building capacity to over 500MW. This would entirely convert  production from fossil fuels to clean hydrogen. 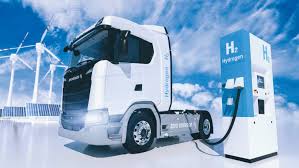 For the coming year, new investment into renewable projects is expected to be DKK 32 to 34bn with more focus on solar PV and onshore developments and will no doubt receive a boost from the new climate-friendly Biden administration in the US.

The company propose a dividend for the year of DKK 11.5, an increase of 9% on 2019 which provides a yield of around 1.0% based on the current price.

The company is on track to be carbon-free by 2025 and have plans for the sale of the remaining gas and fossil-based power operations which make up around 10% of the business. They have announced plans to phase out petrol/diesel cars and replace them will fully electric by 2025. The company has a strong commitment to the Paris Agreement and the UN Sustainable Development Goals.


Obviously I am happy with progress so far and I am hoping for much more. Many governments throughout the world have embraced the need to move to net zero emissions including China, Japan and the US under Biden. Whether we pass on a habitable planet to our children and grandchildren will be determined by our action or lack of it over the coming decade. Climate science suggests limiting warming to 1.5C to reduce the risks of triggering irreversible tipping points in our global ecosystem.

Orsted is one of the large companies that is leading the way in the transition to a more sustainable world. Hopefully some of the oil majors will follow their lead...sooner rather than later would be good.

I have today decided to top up my holding and Orsted now accounts for around 10% of my green portfolio.