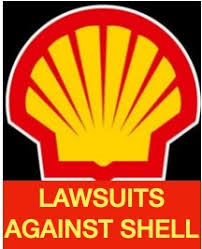 In a landmark ruling yesterday, a Dutch court ruled that Royal Dutch Shell has a legal responsibility to cut its greenhouse gas emissions. This case marks a first for environmental campaigners using the courts successfully to make a major oil company change its strategy and could have very wide-ranging consequences for the fossil fuel industry.

The case was brought by several organisations including Greenpeace and Friends of the Earth Netherlands on behalf of Dutch citizens who claim that the company is compromising their human rights - the right to life and the right to family life - by continuing to invest billions into fossil fuels.

Shell's current strategy was to reduce carbon emissions by 20% by 2030 and only last week the company got 89% of shareholders to back its climate plans at its AGM. However the court said this was not sufficient and ordered a cut in CO2 emissions of 45% by 2030 compared to 2019 levels. The cuts to include scope 3 emissions which is very significant as this covers its supply chain and customers (my article last September). The court said that Shell had a duty of care to reduce carbon emissions and that its plans should be brought into line with the Paris Climate Agreement.

Director of Friends of the Earth Donald Pols said "This is really good news and a gigantic victory for the Earth, our children and for all of us. The judge leaves no doubt about it; Shell is causing dangerous climate change and must now stop it quickly". 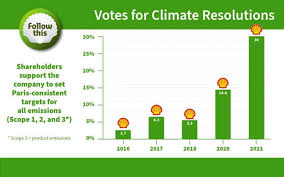 This ruling combined with the report from the EIA last week will send shock waves throughout the industry and I suspect we will see the fossil fuel executives moving towards a much more sustainable strategy over the coming year with much greater emphasis on renewable energy. I guess it also opens the door to the possibility of oil executives being brought before the courts on corporate manslaughter charges in the future.

It is likely that Shell will appeal the decision. How this will affect the investment case for Shell and other oil majors is unclear but to me it seems clear that the risks have now increased considerably. Much will depend on just how they respond to the rising tide of global demand for a cleaner, more sustainable future.

What do you think about this case...is it more risky to invest in the likes of Shell, Exxon and BP or do you remain fairly relaxed? Have your say, leave a comment below.