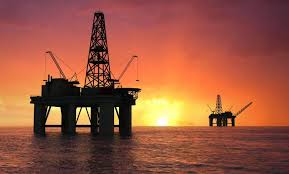 [N.B. this article is mainly about climate change so if this is of no interest to you feel free to skip]

I think by now most people have some understanding about climate change and the need to move away from fossil fuels to cleaner forms of energy. To meet the Paris Agreement targets and keep global warming well below 2.0C our world needs to urgently decarbonise to avoid devastating climate events. We are already seeing this at just 1.2C of warming with recent flooding in Germany and China ( a years rain in a single day), wildfires in Siberia and the west coast of US and Canada.

The use of fossil fuels (coal included) account for around 75% of global carbon emissions so it is crucial to find ways to end our reliance on this form of energy to prevent more warming. The private sector companies will play a crucial role in this process of decarbonisation and whilst many are starting to make promises to reach net zero emissions by 2050, there is little signs of actual progress.

The World Benchmarking Alliance provides an accountability mechanism to rank the progress of companies and hold laggards to account. They have recently published a report into the oil & gas sector looking at the world's 100 top companies - listed companies and state-owned companies.

"Every company, policy maker and investor is aware of the urgent need to prioritise decarbonisation and energy transformation, but awareness has not led to sufficient action.

In a world powered by a new era for energy production, oil and gas companies find themselves at a crossroads – transform or become redundant. They can no longer plead ignorance of how urgently change is needed. The industry must acknowledge the wholesale transformation required to survive and signal the steps it is taking to meet this challenge".

The ranking are A to E and assess each of the 100 companies alignment with the Paris Agreement and progress (mainly lack of) towards 1.5C of warming.

None received an A ranking and only 2 were ranked B...Neste of Norway and Engie of France; 9 companies received a C ranking including BP, Repsol, Total and Shell. The next 20 or so were classed as D and the remaining 66 oil companies (two-thirds) were place on the naughty step with an E rating including Conoco Phillips, Petrobras of Brazil, Occidental (a favourite of Warren Buffett), Chevron, Russia's Gazprom and Rosneft (BP has 20% stake), Exxon Mobil and Saudi Aramco - the world's biggest oil producer.

Only 12 of these 100 companies provide information on low carbon capital expenditure plans to 2024 and these planned investments are not enough to move to a low-carbon economy.

There is an overall lack of transparency on climate reporting with only partial data on scope 1 & 2 emissions and only one third providing data on scope 3 emissions.

Basically, the sector as a whole is failing to accept responsibility for carbon emissions. The carbon footprint of these companies is huge... Saudi Aramco scope 1,2 &3 emissions for example were higher than the combined emissions of Germany, France, Italy and Spain!

Without immediate and decisive action, the oil & gas sector will prevent the world meeting it goal of limiting warming to 1.5C above pre-industrial levels by 2050.

So, the main recommendations from the report are :

1. Keep oil and gas in the ground. Instead of pursuing a 'take what you can, while you can' approach companies should transition away from oil and gas to not only keep our planet safe but also to ensure their own survival in a low carbon future.

2. Stop using smoke and mirrors tactics to deflect attention from their lack of action. Rather than rising to the challenges they use lack of transparency and arms-length lobbying via trade associations to undermine climate action.

3. Take responsibility for scope 3 emissions. Only 3 of the 100 have comprehensive emissions reduction targets in place.

5. State-owned companies account for 56% of emissions compared to publicly listed companies. Many of the states have made no commitment to net zero emissions.

Article 3 of the Universal Declaration of Human Rights is short (link):

"Everyone has the right to life, liberty and security of person"

By continuing to drill for more oil and gas and knowing the use of that process will result in more serious global warming, the oil companies are compromising the right to life of our children, grandchildren and future generations.

This was the conclusion of the landmark case brought against Shell Oil by the Dutch people earlier this year. The court ordered Shell to speed up its CO2 reduction targets from 20% by 2030 to 45%.

Shell will appeal the decision but it is now clear that there are limits to what these companies can get away with and I expect to see far more lawsuits filed against the fossil fuel companies going forward. 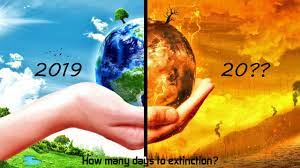 The Role of Investors

I think most investors would want to avoid making profits from companies that make instruments of torture used by oppressive regimes. But what about companies that compromise the future of life as we have known it for thousands of years?

The big oil companies have to take responsibility for their operations and emissions. So far, they have been slow to act in a climate-responsible way. Many investors will hold many of the large oil companies in their portfolio...either directly or indirectly via index funds or investment trusts. Most people with a pension will unknowingly be investing in these companies via their works pension fund or SIPP. We are a therefore part owners of these companies we also have a responsibility if we care about the future well-being of the planet for our children and grandchildren.

"Once climate change becomes a defining issue for financial stability, it may already be too late" former governor of the Bank of England Mark Carney.

One way to take action is to divest your portfolio of fossil fuel companies. Apart from the ethical arguments, many investors are aware of the increased risks of continuing to hold on to fossil fuel companies. Renewable energy is now cheaper than oil, gas and coal and in 2020 overtook coal as the world's largest source of installed power capacity. The big risk for investors is that of stranded assets as demand for oil and gas falls away. Many coal companies filed for bankruptcy in 2016 after just a 2% reduction in global demand for their product.

There is also the increased risks associated with litigation as Shell found out last month. Expect much more of this over the coming few years.

Pressure from the Big Fund Managers

The likes of Blackrock and Vanguard currently have a combined $16 trillion of assets under management and therefore could wield shareholder power and shape the agenda to hold companies to account when it comes to engagement and voting at annual meetings.

These two fund managers have the capacity to become climate change leaders and there is now increasing demands for them to step up and take more responsibility and take firmer action against boards of directors who are consistently failing to make progress on climate.

They are now starting to offer fossil-free funds which give investors more climate-frienly options but they need to ensure all their ESG funds are truly sustainable and exclude for example the banks which finance the operations of the worst climate offenders.

To be fair, CEO Larry Fink clearly recognises the issues in this 2021 annual letter to global CEOs

"I believe that the pandemic has presented such an existential crisis – such a stark reminder of our fragility – that it has driven us to confront the global threat of climate change more forcefully and to consider how, like the pandemic, it will alter our lives. It has reminded us how the biggest crises, whether medical or environmental, demand a global and ambitious response.

In the past year, people have seen the mounting physical toll of climate change in fires, droughts, flooding and hurricanes. They have begun to see the direct financial impact as energy companies take billions in climate-related write-downs on stranded assets and regulators focus on climate risk in the global financial system. They are also increasingly focused on the significant economic opportunity that the transition will create, as well as how to execute it in a just and fair manner. No issue ranks higher than climate change on our clients’ lists of priorities. They ask us about it nearly every day". 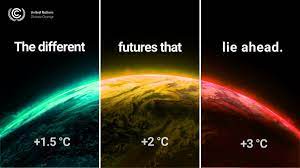 We are currently at an average 1.25C above pre-industrial levels. We are on course for 1.5C by 2030 and the UK Committee on Climate suggest another 0.6C warming by 2050. This is already baked in even if we were to stop carbon emissions now. The scenes of devastating flooding in parts of Germany, Belgium and China last week will become more frequent and more widespread due to more and more warming.

But of course no big surprise to learn the fossil fuel industry is dragging it's heels on climate change. They understand the climate science but have consistently tried to avoid responsibility for the past 30 or 40 years. This obviously needs to be addressed with more urgency. Climate change poses an existential threat to us all and a corresponding threat to the global economy. We need to get to net zero carbon emissions by 2050 and this message will be repeated at the COP 26 gathering of world leaders in Glasgow later this year. This will not be possible whilst the big oil companies continue with 'business as usual'.

The state-owned companies are obviously out of reach for the investment community but we can and should do much more to try to bring the listed companies into line. Everyone has a part to play in the process no matter how small or insignificant it may appear.

Let's not say in 10 years time that we did not understand the scale of the problems posed by climate change or have regrets that we did not do more at the time to mitigate the looming crisis. "Do your little bit of good where you are; it's those little bits of good put together that overwhelm the world" Desmond Tutu.

Over to you...what do you think about the big oil companies? How best to bring about a change? Have you considered divesting fossil fuel companies from your portfolio? Maybe you think it doesn't make a difference. Leave a comment below and share your thoughts, hopes, fears with others.