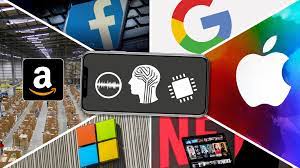 The Covid-19 pandemic has buffeted the global economy in quite an extraordinary and unexpected way this past 16 months. Many sectors have been hit very hard but the lockdowns and social distancing means we all have to adapt to find new ways of doing things. Technology has helped us all to get through the pandemic. Millions have been working from home, online shopping has doubled and there has been an increased demand for home entertainment. The pandemic has highlighted just how reliant we all are on technology and this is likely to continue as more of the world gets the vaccine. A good way for small investors to access this sector is via investment trusts. PCT was added to my portfolio in 2018 at £12.50 and topped up at a later date.

Launched in 1996, the trust has grown rapidly and now has assets under management of over £3.2bn. It is a global trust however 70% of the holdings are listed in the US. That said, many of these US-listed companies such as Microsoft, Apple and Alphabet (Google) are truly global. The trust has been managed by a team led by Ben Rogoff since 2006.

The trust currently has just over 100 holdings and the top 10 account for 45% of the portfolio. These tech companies are fundamentally transforming the way we live our lives in a similar way to the impact of the industrial revolution 200 years previously. Current largest holdings include all the usual suspects...Microsoft (8.8%), Apple (8.6%), Google (8.2%), Facebook (4.6%), Samsung (3.2%) and NVIDIA (2.9%). (latest factsheet)

I believe the long term growth prospects for the technology sector offer investors significant rewards. Yes, these tech stocks have done well since the market turmoil of 2008/09 - PCT share price up 578% over the past decade - and there is likely to be some volatility as we saw last March when the share price dropped rapidly from £17.40 to £12.40 in just 3 weeks but a month later the SP bounced back to £18. I see no reason why the sectors ability to disrupt and grow should not continue.

Indeed, last April I added Microsoft and Google as stand-alone additions to my portfolio taking advantage of the dip in prices during the initial Covid sell-off. I also hold the Allianz Technology Trust.

The trust has today released results for the year to end April 2021 (link via Investegate). Net assets have increased by 45.5% compared to the benchmark World Technology index 46.4%. The share price return however was 33.3% as the shares moved from a premium of 3.4% last April to a discount of 5.3% at the end of the financial year. Over the same period, the FTSE All Share advanced by 25.9%.

I was particularly interested to read the manager's comments on emerging themes :

"In addition to our core themes, there are a number of emerging themes that we are excited about. One of the most exciting and far-reaching of these is clean energy particularly after a year that saw governments get serious about climate change with 112 countries and the EU committing to "Net Zero" targets by the end of 2050 and China pledging to do so by 2060.

The election of President Biden brought a re-commitment to the Paris Agreement, the EU launched the European Green Deal, while the UK has vowed to "Build Back Greener" after the pandemic. Such policies have resonated with the public while triggering a surge of interest in clean energy stocks, with the roadmaps and improved funding environment providing visibility into which technologies are progressing towards commercial scale.

We are particularly excited about the improved prospects for hydrogen - 'an essential element in the energy transition' which could account for 24% of final energy demand and 5.4m jobs by 2050". The first phase of the EU's hydrogen strategy has targeted at least 6GW of green (i.e., entirely carbon free) hydrogen electrolysers which alone amounts to 60x the installed base of hydrogen electrolysers as of 2019. Industry leader Nel ASA (not held) has also announced a $1.50/kg target for producing green hydrogen by 2025 which would represent a 70-75% reduction from today's cost and potentially represent a monumental step toward widespread commercial adoption.

The solar industry - already cost-competitive in many parts of the world - also looks well-placed to benefit from the goal of carbon neutrality, not least because green hydrogen requires a renewable energy input. We are also excited about modernisation opportunities in the power grid with an estimated $14trn of investment required globally by 2050 to enable the transition from stable fossil fuel power energy generation to the more intermittent nature of renewable energy.

However, the long duration nature of many of these opportunities make them highly sensitive to interest rates which together with elevated valuations (even following recent share price weakness) explains our relatively modest exposure to pure-play clean energy investments today

However, we have greater exposure to electric vehicles which are likely to represent a critical part of any green solution given that transportation is responsible for almost one-quarter of direct global emissions from fuel combustion. Together with autonomy and connectivity, we believe that electrification represents the biggest revolution in the automotive industry since Henry Ford unveiled the Model T in 1908".

Hopefully the trust will start to pick up some portfolio additions in this area over the coming year or two. 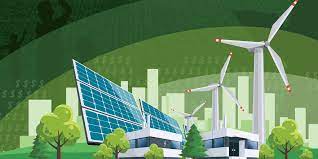 On a personal level, I was pleased to note that the trust introduced a ESG scoring/analysis framework last year to assess holdings and challenge underperformers or avoid those companies with low ESG ratings.

Global data centres are responsible for around 2% of total CO2 emissions however despite a three-fold increase in workload over the past 5 years, energy usage has remained flat due to the move to renewable forms of energy and greater efficiency. It is suggested that the move to cloud could reduce energy consumption by 87%.

The technology sector is uniquely positioned to provide the innovation and scale required to address the existential challenges posed by climate change.


The current price is just over £24 so a nice gain of 90% since purchase in June 2018. The shares account for 30% of my technology portfolio.