An Important Role for Hydrogen 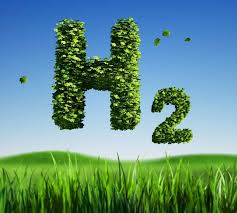 It's now two years since I became interested in the investment potential of green hydrogen and added ITM Power to my portfolio. This was followed by several more players and my thoughts on the global potential for hydrogen expanded in this article.

Hydrogen stocks were the flavour of the year in 2020, some doubling in price and which provided a good boost to my returns for the year but inevitably they have since fallen back over recent months.

Many countries in Europe already have hydrogen strategies in place - Germany, France, Spain for example - and billions of euros have already been pledged to support the expansion of hydrogen. The EU has a target of 40GW of low carbon hydrogen by 2030 compared to just 5GW in the UK.

China, the world's largest source of greenhouse gas emissions (28%), is also the world's largest producer of hydrogen. However most of this is currently produced using coal. It is likely that they will gradually move towards green hydrogen as they transition to a carbon neutral economy by 2060 ( may become 2050).

Last year the PM set a target of 5GW for green hydrogen in his 10 point plan for a 'green industrial revolution'. As part of this plan, this week the government has published it's long-awaited hydrogen strategy (link to 60 page pdf)

"Working with industry, our ambition is for 5GW of low carbon hydrogen production capacity by 2030 for use across the economy. This could produce hydrogen equivalent to the amount of gas consumed by over 3 million households in the UK each year. This new, low carbon hydrogen could help provide cleaner energy to power our economy and our everyday lives – from cookers to distilleries, film shoots to power plants, waste trucks to steel production, and 40 tonne diggers to the heat in our homes.

Meeting our ambition means rapid ramp up of production and use of hydrogen over the coming decade. In every country of the UK, there are ambitious, world-leading projects ready to deploy at scale, saving carbon and creating jobs". Kwasi Kwarteng, Energy Minister

The Minister travelled north to the new factory of ITM Power in Sheffield for the launch of this new strategy and the paper features a case study of ITM and its electrolytic hydrogen production! 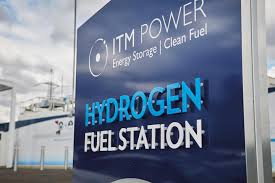 The government clearly recognises that hydrogen will play a critical role in our transition to net zero emissions by 2050 and it could provide one third of our energy requirements. What they seem more unclear on is to what extent this will be clean, green hydrogen made from renewables and what role blue hydrogen (made from fossil fuels) will play.
They have adopted a 'twin track' policy. There are lots of reference throughout to "low carbon" hydrogen which of course = fossil fuel. Making hydrogen from fossil fuels is problematic as it relies up capturing the CO2 emissions - a technology that is to date unproven.

So far as I can make out, hydrogen will not make much of a contribution to our plans for decarbonisation of the economy by 2030 or even 2035. It seems the emphasis is more for the longer term goal of 2050 by which time HMG estimates we will need 250 - 460TWh of hydrogen (currently we use around 20TWh mostly from fossil fuels). The target for 2030 is just 5GW.

Heating accounts for three-quarters of emissions from our buildings and represents around a quarter of all our CO2 emissions so this area will be critical on the road to net zero. The vast majority of our homes and commercial premises are heated by natural gas so it will be a huge challenge to replace all those gas-fired boilers.

We are still awaiting the Heat/Homes strategy so it will be interesting to see whether HMG clarify the role hydrogen will play in the future compared to heat pumps. For the time being, this strategy talks about a 20% blend of hydrogen and natural gas to 2030 to heat up to 3 million homes.

The strategy is clearer and shows that  hydrogen will play a big part in the decarbonisation of a range of sectors where electrification is not feasible or just too costly. Long distant heavy-duty transport, buses,  shipping, trains, chemical industry and high temperature furnaces used in steel for example.

My impression is that blue+carbon capture is the preferred option for this government, certainly over the coming decade. The lack of emphasis on green hydrogen is a mistake imho. Just last week, academics from a US university warned that using blue hydrogen could produce 20% more emissions than continuing to use natural gas.

Chris Jackson stepped down as chair of the UK Hydrogen & Fuel Cell Assn. following publication of the government's strategy saying:

"I believe passionately that I would be betraying future generations by remaining silent on that fact that blue hydrogen is at best an expensive distraction, and at worst a lock-in for continued fossil fuel use that guarantees we will fail to meet our decarbonisation goals,"

Most green groups as well as the green energy providers are urging HMG to avoid blue hydrogen and focus on green.

The is a decent first effort in parts but much more work is required to get up to speed. The strategy is muddled and needs more work to give a clear lead to the private sector and policy makers in business. In some ways it plays into the hands of the fossil fuel industry by supporting blue hydrogen and why the support for carbon capture which is far from a reliable and proven technology at this point?


We need more urgency in our ambitions to decarbonise and 5GW of hydrogen just indicates this government lacks a sense of urgency which prompted the 'code red' warning on climate from the IPCC last week.

We are late with this half-hearted strategy and risk losing out commercially to other countries such as Germany with its focus on green hydrogen, S Korea, US and China who are more far-sighted regarding the benefits of getting ahead with support for their hydrogen industry.

HMG admits there will not be significant amounts of hydrogen for some time and it will not be heating our homes in the coming decade - around 1TWh by 2030 compared to total energy consumption of  435TWh used currently. This tells me the government have yet to accept that we actually have a climate crisis...they lack urgency and ambition. We can't afford to dilly-dally on the way forward for the coming decade, we have a narrow window to get this right, the crisis demand bold and decisive action from our politicians now.

So, marks out of 10...maybe a 4, must do better! We have a climate emergency, HMG declared this in parliament in 2019 so it's about time they started to act like we have an emergency and drop the complacency.