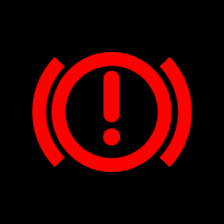 The Intergovernmental Panel on Climate Change (IPCC) have delivered their assessment on the state of global climate change. This will be the first update since the last report in 2013 and will be a key report for leaders when they meet up in Glasgow for COP 26 in November.

This report from the world's leading climate scientists shows how close we are to the brink of an irreversible and multi-faceted global catastrophe caused by extreme weather resulting from global warming.

We are now in the last chance saloon and the next meeting of global 'leaders' at COP 26 could well be the last opportunity to act decisively and urgently to address the crisis.

Obviously everyone can see the effects of global warming in the news - most recently the devastating floods in Germany and China, wildfires in Turkey and Greece as well as the whole west coast of the US and Canada. Clearly the world must know that the climate crisis is not something coming down the line in the future...it's already here.

So, the lights are flashing red on the climate dashboard but this has been the case for some time and I don't think many people will be surprised by the key findings.


The reality is that 75% of global warming is caused by the burning of fossil fuels so the world must quickly wean itself off this addiction and move to green alternatives such as wind, wave, solar, geothermal and hydrogen...we already have all the technology in these areas, we just need to shift the funding away from coal, oil and gas. Global financial markets can be part of the solution to this existential crisis.

One of the fundamental aspects of life is that everything is interconnected to everything else. We have seen how a new strain of virus in one part of the world quickly spread around the globe and suddenly brought the whole economy to a virtual standstill.

The climate crisis poses a far greater threat than coronavirus. It is an existential threat to the way we have lived for many thousands of years. We clearly need to address this threat with the same focus and determination used to tackle the pandemic - there will be no vaccine to save us from climate change.

We are seeing more stormy weather, more wildfires as the warming continues year on year. But what really concerns the climate scientists is the increasing risks of triggering a tipping point which would lead to runaway warming which we could not stop. This is the effect of feedback loops where one aspect of warming makes a change to another aspect which in turn amplifies the first aspect more. So, a warmer planet leads to melting of the polar ice and permafrost which then releases trapped greenhouse gases such as methane which warms the planet even more.

By continuing to ignore the science and delay meaningful action we are literally playing with fire.


We saw the reaction in the markets last March at the outbreak of the pandemic. All of a sudden we see a 10% drop in a single day and investors are like rabbits caught in the headlights. I can't imagine what would happen when news of a global tipping point broke. Hopefully we can get our act together and head off the worst of the climate crisis but to be honest, our record so far does not fill me with confidence.

My overall impression is that the investment professionals such as bankers, city analysts and most fund managers are well behind the curve when it comes to the risks associated with climate change. I suspect most will regard it as a problem for the future which may slow down economic growth. I think this attitude reflects a lack of understanding of the threats posed by global warming. As the former governor Mark Carney said last year "Once climate change becomes a defining issue for financial stability, it may already be too late". So, I believe the smart investors will be getting up to speed on the economics of climate, evaluating the risks and outlook and then re-evaluating their asset allocation.

Personally, I think the risks to the markets and wider global economy posed by the climate crisis at this point are high and investors should proceed with caution. Others may well disagree, and I absolutely accept that everyone will have their unique perspective, but at the very least evaluate the risks.

Global leaders, the top business executives and the global community can no longer afford any further delay in making the difficult decisions needed to address this crisis. I must admit that given their track record, I am not really optimistic they will get to grips with the issues and take the actions required and therefore from an investor point of view I will certainly be reducing equities and increasing bonds to de-risk my portfolio over the coming months

In May, the IEA set out their roadmap to limit warming to 1.5C and which ruled out all new coal, oil and gas exploration and development from this year to have a chance of meeting this limit.

"The world will soon face catastrophe from climate breakdown if urgent action is not taken" Alok Sharma, President of COP 26 (Aug 2021).

For many people all around the world this has been the hottest summer of their lives...however it will most certainly be the coolest summer of the rest of their lives. Politicians, policy makers, business leaders, celebrities, ordinary people ...we all need to act now. In 5 years time it could well be too late to avert the crisis.

"This is not the first generation of world leaders to be warned by scientists about the gravity of the climate crisis, but they're the last that can afford to ignore them" Doug Parr, Greenpeace UK.

Feel free to share your thoughts and feelings on the climate crisis. Leave a comment below...all views on this important subject welcome.