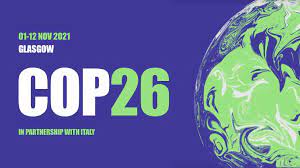 It's just over a week away...one of the most important global gatherings of world leaders and climate scientists will commence which could have huge implications for the future of our world.

The COP gatherings (Conference of the Parties) are held every year. They provide an opportunity for the world to focus on our warming planet and finding ways to tackle the problems caused by our addiction to fossil fuels such as coal, oil and gas. The first one took place in Berlin in 1995. Unfortunately we have not made much progress over the past 25 years as the warming effect from greenhouse gases continues to increase every year...currently we are 1.2C above pre-industrial levels.

The most significant COP was held in Paris in 2015 when the world leaders finally agreed to limit global warming to well below 2.0C and preferably a lower target of 1.5C. Each country has promised to reduce carbon emissions and to align their economy with this globally agreed target and these are reviewed every five years to see which countries are on track and which are lagging behind.

These targets and pledges are voluntary, there are no sanctions if countries fail to meet their targets or even if they fail to take any action to reduce emissions.

Why Is This COP Important?

This should have been held in 2020 but was postponed due to the global pandemic. At Glasgow, each country is required to submit their first 5 year progress report since the Paris agreement - these are called NDCs (Nationally Determined Contributions). Unfortunately we have not made much progress over the past 6 years and the Intergovernmental Panel on Climate Change (IPCC) recently declared 'Code Red for Humanity'. Rather than the 1.5C or even 'well below' 2.0C target, we are currently on track for warming of 2.9C by the end of this century.

COP26 President Alok Sharma said "The world will soon face catastrophe from climate breakdown if urgent action is not taken".

What More is Needed?

phase out oil and gas

more help for developing countries with $100bn each year for climate

Whilst everyone knows what is needed, no one is actually prepared to do it. Queen Elizabeth recently commented “It’s really irritating when they talk, but they don’t do"

In May, the International Energy Agency released its roadmap to net zero which called for an immediate end to all new coal, oil and gas and instead  make a massive investment in clean energy.

How is the UK Doing?

Compared to most other developed countries, not too bad...we have legislated for net zero emissions by 2050 and the government have recently pledged to make our energy grid carbon neutral by 2035 by which time we should have reduced emissions by almost 80% compared to 1990 benchmark. Currently we are just over 40% reduction based on 1990 levels.

Earlier this week the government released its strategy for net zero and also a strategy to decarbonise heat and homes with the aim to phase out gas boilers by 2035 and push ahead with heat pumps. Both have received a mixed response from the climate experts and media. Unfortunately the chancellor refuses to borrow the required funds to meet the challenges which seems to confirm that the government does not regard climate warming as a crisis.

Therefore in absolute terms, it currently looks like we are not likely to hit our net zero target by 2050 and we are certainly not aligned with the IPCC's 1.5C target. According to the CCC, we are failing to meet carbon reduction targets for the period 2023 to 2028 and whilst we have made progress on energy, we have failed to tackle transport and home heating.

Also, we run a mainly service-based economy with our manufacturing off-shored to the likes of China. All of our clothing, TVs, Phones, garden furniture, washing machine etc. etc. is mostly imported along with all the carbon footprint associated with extracting the raw materials, manufacture and transport of the huge volume of goods.

Our real emissions are therefore probably closer to 3% so we should not be too complacent.

What About Other Countries?

The world's biggest carbon emitter China has pledged to become carbon neutral by 2060 and has recently announced that it will not finance new coal production in other countries. However its domestic consumption is heavily dependent on coal which accounts for two-thirds of electricity demand with solar and wind providing 30%

The US is the world's second largest carbon emitter behind China. It has pledged to reduce emissions by 50% by 2030 compared to 2005. It is aiming to become net zero by 2050 and Biden has pledged to aim for 100% carbon-free electricity by 2035.

India is the world's third largest carbon emitter and has pledged to reduce emissions by 35% by 2030 which is clearly unambitious. It has not set a target date for net zero and has not (so far) delivered an updated NDC for COP26. India has announced plans to increase coal production as part of it's post-covid economic recovery.

The EU is responsible for around 8% of global emissions and has legislated to reduce GHG emissions by 55% by 2030.

Whilst many countries have pledged to reduce emissions over the longer term...2050 or 2060, action on short term reductions are important so there needs to be much more focus on ways to get emissions down by at least 50% by 2030. This looks increasingly unlikely with just over 8 years to go. Currently we are seeing carbon emissions still rising year after year (except 2020 due to Covid lockdown) and we are on track not for a reduction but an increase of 16% by 2030. 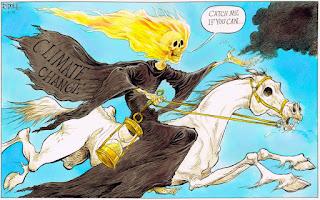 A lot of focus will be on securing net zero emissions by 2050 and keeping the lower target of 1.5C "within reach". The recent IPCC report confirmed that 1.5C was still possible "but only if unprecedented action is taken now".

There is no sign of unprecedented action from any G20 country. The pledges from each country made in Paris in 2015 were not enough to keep warming below 2.0C let alone 1.5C and the updated pledges (NDCs) for COP26 are still not enough.

Personally, I can only conclude that our world leaders do not yet take the climate issue seriously...they are not responding with the urgency required to tackle a climate crisis because they don't really accept we have an emergency. Sure they will make promises and the event will be hailed as a success...but then it will be back to economic growth and business as usual. Subsidies and licences for new coal, oil and gas to grow our economies and preserve jobs; more and more consumption and more air travel and world cruises...in fact just more of everything.

And of course the climate problems will get worse each year and on we go to COP27 in Egypt...as if by arranging a conference each year and reading lots of reports and discussing the issue they are actually doing something.

So, I am really not expecting very much but would like very much to be surprised! Until there is sign of real progress, I will continue to take an increasingly defensive position with my investments...it may be some time!

Over to you...what do you think about the climate issues and the COP26 gathering? Leave a comment below.