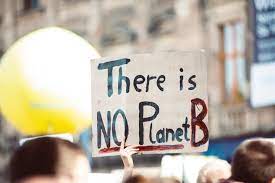 Last month I took a look at what we could reasonably expect from the COP26 gathering in Glasgow. To be honest, I was not really expecting a great deal of progress from our world leaders given their track record over the past 25 years. Now the dust has settled, let's have a look at progress...

Well, we've had two weeks of intense climate talks, representatives from 200 countries, thousands of demonstrators, wall to wall media coverage ...so what has all this achieved? Are we on track to limit global warming to 1.5C?

Here are some of the main points:

* India, the world's third biggest CO2 emitter pledged to get to 50% renewable energy by 2030

* 40 countries including the US, EU, China and India are signed up to a UK plan to speed up affordable green technology worldwide by 2030. The 'Glasgow Breakthrough' covers clean power, road transport, steel manufacturing, hydrogen and agriculture which together are responsible for 50% of global emissions.

* Coal accounts for just over one third of global energy and is the single biggest cause of global warming. 40 countries agreed to phase out coal use by 2040 but some large coal users refused to sign up including China, Australia, India and the US so this is a big disappointment. An agreement to 'phase out' coal was watered down to 'phase down' at the last minute.

* There was no agreement on the phase out of oil and gas but merely a call to phase out 'inefficient' fossil fuel subsidies.

* More countries signed up to the 'Beyond Oil & Gas Alliance' BOGA. Initiated by Costa Rica and Denmark, it aims to build an international coalition of governments and other stakeholders to take practical steps to phase out oil and gas production. Other members include France, Sweden, Ireland, Portugal, Wales, Quebec, California and New Zealand. So far the UK has declined. 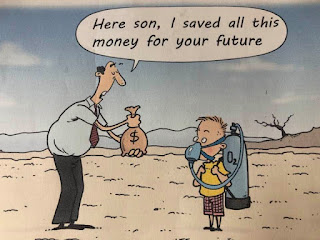 * By 2023, all UK listed companies will be required to set out their plans showing how they will move to a low carbon future in line with our 2050 net zero target.

* Having already missed the target for $100bn per year by 2020, they agreed to raise $500bn for poorer countries over the coming 5 years to deal with the transition to cleaner forms of energy and also for 50% of this money to be spent on adaptation to the increasing severity of storms and flooding and rising sea levels.

* The US and China - together responsible for 43% of global emissions - announced they would work more closely over the coming decade and increase efforts to close the significant gap to achieve the 1.5C of warming.

Analysis by the IEA suggests that if all of these pledges are implemented, and that's a big IF, warming would fall from the 2.7C pre-COP figure to 1.8C. Obviously a big step in the right direction but still not where we need to be. The general consensus however is that 2.2C to 2.4C is more likely at this stage which still leaves a big gap to be closed.

Unfortunately, despite all of these pledges, we are still nowhere near on track for 1.5C. I prefer to side with the analysis by Climate Action Tracker, which suggests we are currently heading for 2.4C by the end of the century...assuming all of the pledges are implemented which is never a given.

Of course, this has huge implications for investors both large and small. "Global warming above 1.5C presents irreversible, foreseeable and large scale risks to investors and financial markets" Rebecca Mikula-Wright, CEO AIGCC (link)

The big problem is that whilst many countries have a long term ambition for net zero, they mostly lack a solid plan of how to get there so the long term pledges lack credibility. However, they did agree to come back next year (and the year after) with more ambitious climate plans (NDCs) to try and close the gap. Also, it is encouraging that the focus is now firmly on this 1.5C limit rather than 'well below' 2.0C.

Of course, 2.4C  is still a little better than the 2.7C projections before the conference so some progress is made and maybe they can get to under 2.0C next year but I still feel there is a lack of urgency and plans for action over the coming few years to 2030 which is the critical period. But it must be incredibly difficult to get consensus from 200 global countries.

The recent IPCC 'Code Red for Humanity' report suggested that 1.5C was still possible "but only if unprecedented action is taken now". Sadly, the global world leaders have so far failed to take sufficient notice of this warning, and so on we go with more or less business much as usual for the time being and of course more intense floods, more widespread wildfires and billions more spent on the after effects and adaptation.

So, did the gathering achieve the main objective of keeping 1.5C within reach? Well, I think just about although many commentators say it is hanging by a thread.

But I get the feeling that climate change has become more of a priority for some of the big world players such as China, US and EU and I feel a little more optimistic that there is a genuine will to address the problem. Whether they actually implement all these decisions will be crucial but I hope we will look back to Glasgow and see it as a big turning point in the battle to move away from fossil fuels and avoid some of the worst effects of the climate crisis which await a world should we fail to keep warming below 2.0C.

So, I am a little more optimistic than before and I continue to be inspired by the younger generation who are protesting and seem determined to find a way through to a more sustainable world order.

Over to you...what do you think about the climate issues and the COP26 gathering? Leave a comment below.