I've held my SIPP with this platform (previously Sippdeal) for the past 15 years or so and in 2011 I transferred my ISA from Interactive Investor. Over that period I have been very happy with the service provided and tend to follow news and progress especially since they went public a couple of years back.

Established in Manchester in 1995, the company has grown steadily and is now the second largest platform in the UK with a market cap of £1.5bn. They became a FTSE 250 company in December 2018.

I was very pleased that their founder and CEO, Andy Bell agreed to write the foreword to my "DIY Pensions" book.

The company have recently released results for the full year to end September 2021 (link via Investegate),

As a result the dividend has been raised by 13% for the year to 6.96p and in addition there will be a special dividend of 5.0p payable in January. This gives a yield of 3.2% at the current price.

In 2022, they will be launching their new low cost app - dodl - with no charges for buying/selling and an annual charge of just 0.15% compared to 0.25% + dealing for Youinvest. It will offer the full range of ISA, Lifetime ISA, Pension and General (Non-ISA) accounts and existing customers will be able to consolidate existing investments onto the new platform. 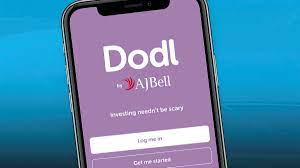 However, the range of investments will be initially limited to around 50 of the FTSE 100 shares and a further 30 or so funds including the Vanguard Lifestrategy and their own low cost index funds. US stocks will be added sometime later and other shares, investment trusts and funds according to customer demand.

This move is clearly a response to the competition from the fintech offerings from the likes of Freetrade and Revolut. In the US, the popularity of Robinhood has forced some brokers to lower their commission rates which is obviously good for investors.

The minimum charges for each account will be £1.00 per month however, unlike Youinvest, there will be no maximum cap. Charges for the average ISA with say £50,000 would be £75 p.a. compared to Youinvest charges currently £87.50 (funds) or £42 (shares/ITs) plus dealing charges. I currently pay £9.95 for each share purchase/sale.

I will need to do some analysis to see whether I would be better off with the dodl platform or carry on with Youinvest as normal...clearly it depends on the size of the portfolio and the likely frequency of trades. It will obviously be attractive to new investors with a few hundred pounds to 'invest' who will likely do a lot of buying and selling...because it's free. Whether that will produce good long term returns is debatable!

I was surprised to see the share price fall back some 9% after the results were released. Maybe there is some concern about future profitability with the commission-free app. Anyway, I am hoping that the dip will be temporary.

I seem to recall being in receipt of some shares following the float but they were possibly sold to release funds for my house purchase. I have some spare proceeds from other disposals so decided to take advantage of the share price dip last week. The purchase price was 370p and the addition accounts for just 2% of my portfolio.