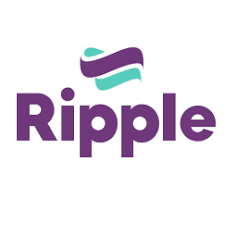 In 2019, I flagged up a new project from Ripple Energy which offered an opportunity to buy into a new wind farm co-operative. I looked into it at the time but it went on the back burner and then along came the Covid pandemic and everything was placed on hold.

However, with the current energy crunch, the cost of my electricity almost doubling and the prospect of more to come later in the year, I decided to take another look.

Next month the energy price cap will rise by 54% to £1,971 and some are speculating that it could rise to £3,000 by October. Buying into a wind farm is a way for everyone to protect themselves from rising energy costs.

The UK’s first consumer owned wind farm at Graig Fatha in Wales is now fully sold out and now generating clean green electricity for its members. A typical household will save around £275 on their bills in the first full year due to the current high price of wholesale energy.

The next project is the Kirk Hill site in SW Scotland. Planning permission was granted in October 2020 and should become operational in late 2023. In less than 10 minutes, the site will generate enough electricity to power the average home for a whole year.

So basically, you buy shares in the wind farm based on your average annual electricity consumption. When the wind farm starts generating power, your electricity provider – eg Octopus – buys your share from the wind farm and pays the operator a low amount to cover operating costs and passes on the rest to you via a reduction in your bill.

The initial purchase (min £25) is a one-off payment...typically £1,700 which would buy enough electricity for the average house. This can be spread over 12 months. At current high prices, this would mean a saving of around £300 per year and therefore a payback period of under 6 years. Of course, energy prices could go higher which would mean even more saving but could go lower but then energy bills should come down.

Of course only a proportion of our bills are for the actual energy consumed and you still have to pay the daily standing charges, VAT, green levies etc. which can account for over 50% of the average bill.

In addition to the savings on our energy bills, there are significant benefits to the climate. These are new wind farms which would not otherwise have been built. So the more consumers who join up means Ripple have more confidence they have a good model and can plan ahead with new wind farms in the future.

Onshore wind is one of the lowest CO2 source of power in the UK. The model is much cheaper than individuals installing their own rooftop solar PV. (Reference material)

The Kirk Hill site is estimated to save 12 million Kg of CO2 every year which is equivalent to taking 8,200 petrol/diesel cars off the road.

But also, the invasion of Ukraine has brought into sharp focus the need to reduce our dependence on Russian oil and gas and become far more self reliant.

So, I have taken the plunge and signed up for my small share of the Kirk Hill wind farm (the offer officially closes end March but this could be extended) and will pay by monthly instalments over the coming year. I am already with Co-op Energy via Octopus so will not have to change supplier.

I look forward to getting my regular monthly discount off my bills next year and also following progress of the construction which is due to begin this Summer. It would be good to visit the site when operational...hopefully they will have regular open days for co-op members.