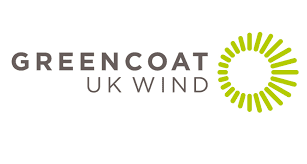 This renewable energy trust was added to my portfolio in late 2019 to sit alongside TRIG and Bluefield Solar.

UKW is one of the largest renewable infrastructure trust with a market value in excess of £3.2bn and a constituent of the FTSE 250. The trust operates a portfolio of 44 onshore and offshore wind farms throughout the UK. The trust was launched in 2013 and over this period, returns for investors including dividends have more than doubled making it one of the best performing trust in the renewables infrastructure sector.

The trust pays quarterly dividends and aims to maintain payments at least in line with RPI inflation. The company's target is for a total shareholder return including dividends of 8% to 9% per year which it has exceeded since launch.

UKW has recently announced results for the full year 2021 (link via Investegate).

Net assets increased by 40% to £3.1bn (£2.2 in 2020) and generating 2,933 GWh of clean electricity which was 20% below budget as a result of lower wind speeds. However power prices were much higher than anticipated as a result of the surge in gas prices in the second half of the year.

Dividends should keep pace with inflation and the target for the coming year is increased by 7.5% to 7.72p (based on December RPI) which gives a forward yield of 5.1% based on the current share price of 150p.

UKW raised a total of £648m over the year from two oversubscribed placings which has been deployed in new acquisitions. The latest is a 12.5% stake in Hornsea 1 which is the world’s largest offshore wind farm located around 80 miles off the Yorkshire coast in the North Sea.


The renewable infrastructure sector has held up reasonably well these past few months. In contrast, my technology shares have dropped around 20% year-to-date. The energy crisis is likely to prevail for some time subject to the situation in Ukraine, inflation will also remain higher than the 2% we have become accustomed to over the past decade...it's forecast to peak at 10% this year in the UK. Then there is always the climate crisis to address. I think on several fronts the likes of UKW have an advantage so I will continue to hold for the foreseeable future.
Over the past couple of months, energy prices have risen by around 30% which will mean more cash coming down the line for UKW which should be a significant boost to net assets by the year end and into 2023. For this reason I have recently topped up my holding in UKW which currently accounts for around 8% of my green portfolio and is one of several renewable energy infrastructure trusts which make up just over one quarter of the portfolio.

Under the renewables obligation certificate (ROC) arrangements, around half of UKW revenues are effectively guaranteed until 2037 and going forward they will likely take advantage of long term contracts for difference which again fixes the prices of the electricity generated. More homes and businesses receive clean energy whilst more carbon dioxide from thermal fossil fuel generation is displaced and investors receive their relatively safe 5% inflation-proofed income...a win, win all around!