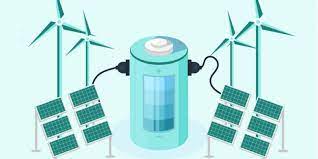 Last year, the government decided to up its ambition on climate change and pledged to reduce CO2 emissions by 78% by 2035 and totally decarbonise our electricity grid by the same date. This will basically mean less oil and gas and much more renewable energy. More wind - both offshore and onshore and more solar...however the drawback is intermittency so energy storage will be fundamental to the growth of renewables to facilitate this transition.

I’m sure the recent heat waves and wildfires throughout Europe combined with the energy security issues resulting from the Ukraine war will act as a wake-up call to push ahead with the transition from fossil fuels to renewable energy.

Here in the UK, renewables currently provide over 40% of our grid energy - up from just 5% a decade ago - and this will only increase as we move to electric vehicles and heat our homes and offices with heat pumps.

There are several ways of storing energy...battery, pumped hydro, flow and hydrogen. National Grid estimate that we will need 50GW of energy storage capacity if we are to achieve net zero emissions by 2050 so quite an increase from the current 1.6GW (link).

The fund invests in a portfolio of utility scale energy storage facilities located throughout the UK (296 MW) and Ireland (310 MW). The fund will have a combined stored capacity of 669MW when the latest acquisitions come on stream later this year. This is rapid growth compared to the 29 MW capacity at launch back in 2018. The majority of operations are in the UK/Ireland but the company has recently moved into Germany (22 MW) and the Texas, US (40 MW).

The biggest drawback of wind and solar is intermittency which is a big problem for the Grid which has to provide constant and predictable power output throughout the nation. These facilities provide energy storage for the National Grid and help to provide more stability and flexibility for the entire grid system. The majority of revenues are from frequency response services to the grid. This is mainly dynamic containment which is designed to give a rapid response to significant frequency deviations and then balancing mechanism which is the energy platform used by the grid to buy and sell electricity and manage the system in real time.

As we have witnessed this year following the war in Ukraine, wholesale energy prices have been volatile with gas increasing five-fold due to increased global demand and a reduction in supply from Russia which has weaponised energy in retaliation for sanctions imposed by Europe and the US. This volatility has resulted in a boost to normal revenues for the energy storage sector. This volatility is likely to continue for some time due to the conflict in Ukraine so it will be interesting to see the effect for the energy storage market.

The company have today released results for the full year to end March 2022 (link via Investegate).

Net assets have increased by 6% per share to 107.1p and share price total return is up 11% over the past year.

"I am pleased to report that the Company continues to enjoy a sustained period of rapid growth, responding to the pressing and global increasing need to enable the energy transition to a low carbon society through energy storage solutions and in the process, further diversifying our portfolio for shareholders. We have achieved this through a mixture of financial and operational success, raising additional capital via highly successful, oversubscribed fundraises, from both institutional and retail investors; as well as delivering on our strategy, first laid out in our IPO of 2018 when we defined this category of investing, of building the industry-leading international portfolio of energy storage assets, now totalling 628.5 MW.

The global transition to clean and renewable energy generation continues to be a dominant priority for governments both domestically and internationally, and our assets play an important role in supporting energy security and the transition to a low-carbon society, as well as creating substantial value for shareholders”.

The company recently raised £74m from a share placing (107p) which will be used to expand the operation with an expected 1GW of capacity in the US and Western Europe.


The trust is attractive to those seeking income and pays 7.0p  in annual dividends (paid quarterly) which gives a yield of 5.7% at the current price of 123p.

The global transition to clean energy is now becoming a priority for governments in the UK, Ireland and globally. This has become even more urgent following the invasion of Ukraine and the threats to European energy security with Putin weaponising the supply of oil and gas. Energy storage is likely to expand rapidly over the coming decade and will play a pivotal role in the green transition.

One of the factors to be aware of are charges which are relatively high - 1.7% last year (which included 0.4% performance fees) compared to 2.0% in 2021. I hope it will continue to become a lower percentage as the company grows. The share price currently trades at a premium to NAV of around 14% which seems to be par for the renewables sector.

The trust is not as sensitive to power prices compared to the likes of the wind/solar infrastructure trusts but benefit more from price volatility which is likely to increase as we continue to reduce our dependence on fossil fuels. The shares were purchased at 115p last year and I took advantage of the offer/placing in April to top up at 110p. They currently account for 5% of my green portfolio.

The Market Risks are Growing... 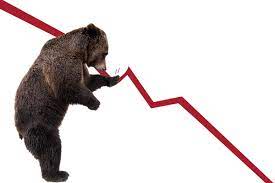 The other day I was reading the weekend Monevator post and reflecting on the feelings of discomfort experienced by the author due to the current falling market. The Investor has become more mindful of wealth preservation during the current downturn and is trying to work out how to feel emotionally more secure about the assets he has built up so far. What crystallised my own thoughts around this post was the statement that he maintains the belief that the market will always bounce back...and I’m thinking, sure they always have in the past, but....

I’ve been at this investing game for three decades and along the way I’ve seen many ups and downs and had more than a little success with returns as well as a fair few failures. But on the whole, the past decade has been good with an average annualised return of around 9% each year. Last year saw the first negative return for my portdfolio -6% and the current YTD is -12% but could well end up lower. But prior to that there were two really good years... 22% in 2019 and 44% in 2020.

My basic philosophy has always been to buy and hold long term and also to take advantage of market falls to pick up bargains at knock-down prices. This was especially lucrative during the sell-off of 2008/09. We now have another bear market with the S&P falling back over 20% year-to-date...the worst half-year drop EVER (link) The Irrelevant Investor is convinced that the markets will bounce back.

However, this period feels different and I have not been tempted to dip in to pick up ‘bargains’. There are so many negative forces in play that I am not convinced the markets will be seeing a bounce back anytime soon.

We have increaing geopolitical tensions - obviously the invasion of Ukraine which could play out for another year or more. How will Putin respond to Finland and Sweden joining NATO? But also the tensions between the US and China over trade and the situation over Taiwan.

Then we have rapidly rising global inflation combined with record debt levels - highest since the end of WW2 - which will put a damper on economic activity and deter new investment.

The cost of living crisis is obviously a concern for millions of ordinary people woried about rising energy and food bills and the sudden reduction in disposable income. The UK energy cap is forecast to rise to over £3,300 by the end of the year...that’s a third of the state pension.

Last, but by far the biggest and most serious negative in my opinion, is the climate crisis and biodiversity loss. Governments seem unwilling or unable to get to grips with this issue and take co-ordinated global action to reduce carbon emissions.

If governments were serious about addressing the climate crisis, they would eliminate subsidies to the fossil fuel industry and create a more level playing field for renewable energy. Unfortunately, according to the IEA report for 2021, we subsidised the fossil fuels to the tune of $440bn last year, almost back to 2018 levels. Fossil fuels account for 75% of the emissions which are responsible for global warming.

It’s almost a year since the IPCC published their ‘Code Red for Humanity’ report showing how close we are to a multi-faceted global catastrophe as a result of climate breakdown. Unfortunately there has been little progress over the past year and the warming continues...we are on the brink and the global economy will not be immune from the consequences. The UN Secretary General said “The climate crisis poses enormous financial risk to investment managers, asset owners and businesses”.


What Action to Take?

In the face of all these negatives, it would be easy to dismiss the emotional response and just keep doing what I’ve been doing for the past 30-odd years. We’re in a bear market, they come around every 10 or 12 years...ride out the storm and wait for the markets to bounce back...they always do - don’t they?

This time though it does feel more serious and things could get much worse and I don’t hold a lot of confidence in a bounce back any time soon.

So, I believe the best course of action is to start to de-risk the portfolio and to reduce a large proportion of the more risky equities.

After all, what’s the point in analysing a situation but then taking no action to mitigate the fallout should that analysis prove to be accurate?

I like investing, it’s something I can do quite well and along the way I have been relatively successful. After so many years I’m reluctant to stop. But it’s not something I am addicted to...if I decide to move on to other things, I’m not going to experience withdrawal symptoms.

My fears may be overdone, but at the end of the day, the reality remains that I don’t actually need to carry on investing - I don’t need to generate more income or capital gains - I have my home, I have a guaranteed income from my pension and certainly enough for my modest needs.

The future risks of staying in the equity market seem to have increased significantly in recent months. So for me, in a very uncertain market, it makes perfect sense to move to cash, even though the returns will be eroded by high inflation.

I’ve had a good run over the years, but I’m not greedy for even more so now feels like the right time to lock in some of the gains. I’ve made a start in the past few days with the sale of some equity holdings but will probably hang on to the renewable energy trusts, government bonds and defensives for the time being.

As always, feel free to share any feedback or thoughts generally in the comments below.