The Energy Crisis - A Few Thoughts 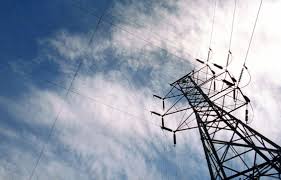 I’m no expert on energy but in recent months I have been concerned about my ever-increasing energy bills so I decided to take a look at what’s causing these increases...here’s a few observations.

So, we have an energy crisis which will cause real hardship to millions over the coming winter months. The latest forecast from BFY suggests that the average family could be paying close to £4,000 by January compared to a price cap of just £1,270 earlier this year. That would be around 40% of the average state pension.

Millions of people will be forced into fuel poverty - you would need a household income in excess of £40,000 to not be caught!

The government can throw billions at the problem to try and help the poorest households but it seems they are unable to offer a long term fix. That’s mainly because this is a global energy problem and the price of oil and more so gas has risen dramatically all around the world. Energy is a global commodity and although the markets are very complex, the bottom line is that it's basically a supply and demand equation and energy is sold to the highest bidder...and when its in short supply - partly because Russia controls a significant proportion of oil and gas - the price goes up.


Of course the big beneficiaries are the countries and big oil companies that extract and supply oil and gas - so USA, Russia, Saudi Arabia and then the likes of Shell, Exxon, BP and Chevron with combined profits of $50bn in just the past 3 months on the back of the high oil and gas prices.

Unfortunately, here in the UK we import most of the oil and gas we require...for example last year we imported 60% of natural gas and with the huge increase in prices this year, it works out at around £70bn which is around 3% of our GDP and roughly equivalent to the amount we spend on education.

The Grid and our Bills

We have made good progress on expanding renewable energy such as wind and solar over recent years. It currently accounts for around 40% of our grid energy. However it is intermittent so we continue to rely heavily on gas and nuclear for baseload energy to ensure continuity and grid stability. We rely on gas for a further 40% of electricity generation with 85% of homes using a gas boiler for heating and hot water.

With our system, gas usually determines the price we pay for our electricity. We have just one market in the UK for electricity which is traded every half hour between suppliers and utility providers. The price will fluctuate according to demand and variable factors such as wind generation. Renewables are the cheapest so they will always be snapped up first followed by the next cheapest which is nuclear/biomass but then the balance of of our requirements at any particular period will have to be gas which is the most expensive.

Under the current system, the price we end up paying in any half-hour period is determined by the marginal cost of the last generating unit to be turned off to meet demand...which is inevitably a gas-fired power plant with high marginal costs. Even if we double our renewables capacity to 80%, we would probably still end up paying high bills determined by gas under this system.

So What Can be Done?

Well, one solution would be for the government to bail out every household with continued support - say £3,000 for each household but with around 30m homes, that works out at £90bn per year which is not far off what is paid for state pensions! Maybe it could do this for one year but these high wholesale energy prices could well continue for several years.

We could speed up the roll out of cheaper renewable energy but we are realistically looking at a decade but the faster we become less reliant on imported fossil fuels the better and certainly this is what we should be doing anyway to tackle the climate crisis.

Insulating our homes will dramatically reduce energy use in the winter months - this is relatively cheap and quick so really is a no-brainer.

Heat pumps are around 3x more efficient than gas boilers so it makes sense to speed up the roll out of UK-made heat pumps. 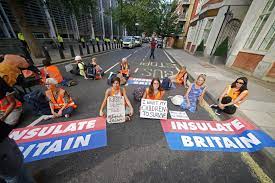 Whoever becomes our new PM next month will be faced with some very urgent issues but the most pressing will be to provide more support this winter on top of the measures already in force to cope with surging bills. At the same time they will need to urgently look at the way our electricity is priced and find a system which more fairly reflects the lower costs associated with renewable energy. The government’s energy department have recently started to look at reforms to the electricity market that would stop volatile gas prices setting the price of our energy supply.(REMA)

Of course, the only long term fix is to move quickly to reduce our dependence on imported fossil fuels and to generate and store much more of the energy we need from renewables. This will take time so we should find ways to use less energy and certainly a public information and education campaign on the simple ways to immediately save on energy would be a good start.

The Boiler Upgrade Scheme was introduced in April giving us a £5,000 towards the cost of a heat pump but the take-up has been slow and the public are skeptical on the benefits. The scheme should be extended to cover the installation of solar PV and back-up storage which would be far more cost effective and certainly quicker than new nuclear power.

So, more immediate financial support, change the structure of pricing, a speedy transition to renewables and a move to energy independence.

We have many of the solutions to these issues but currently lack the political will to implement them so I am not so optimistic for the next couple of years of any significant changes.

As always, if you have any thoughts on this subject, feel free to leave a comment below.