A New Tax on Renewable Energy 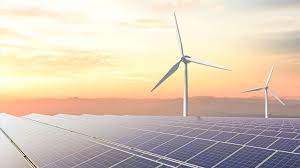 In his recent autumn statement, the Chancellor introduced the Electricity Generator Levy - a 45% windfall tax on the renewable energy sector from January 2023 and set to last to 2028. It is forecast the tax will raise around £14bn over the 5 year period. The windfall tax for the oil & gas sector has been set at the lower rate of 35%. Perversely, the tax does not apply to the profits of our gas-fired and coal-fired power stations.

The new tax will apply to electricity sold above £75/MWh which is around one third of recent wholesale prices. The tax will not apply to revenues from the contract for difference (CfD) mechanism.

The move has been condemned by the renewable sector who say the tax will risk future investment into renewables and hamper the transition to net zero.

RenewableUK's CEO Dan Mc Grail said:"This windfall tax on low carbon power risks deterring investment, at a time when the Chancellor should be incentivising clean energy. Unlike in oil and gas, under this levy companies which are making significant investments in renewables will get no tax relief and will be hit by a higher windfall rate.

"Any new tax should have focussed on large, unexpected windfalls right across the energy sector, instead profits at fossil fuel plants are inexplicably exempted from the levy. Many renewable generators are on long-term, fixed price contracts and most sold their power for this winter over a year ago, so they haven't been making excess profits”.

In August I was becoming concerned about increasing energy bills and took a brief look at some of the underlying causes.

It’s complicated but with sky-high wholesale gas prices and our dysfunctional electricity pricing market which links our bills to the price of gas under marginal pricing, we all end up paying far more because the low cost of renewable energy which accounts for around 40% of the mix is not reflected in the price we pay for electricity.

The government are supposed to be looking into this broken system under REMA but there does not seem to be any urgency. Instead of fixing the pricing system, they have borrowed billions to subsidise the nations energy bills with a pledge to cap average bills at £2,500 per household for 6 months which will then rise to £3,000 from next April.

Of course, we really need more cheap renewable energy capacity to reduce our dependence on gas so it seems very short-sighted to deter investment in new renewable energy just at the time when we should be building on what we have achieved over recent years.

Instead, the government are granting over 100 new licences to the oil and gas companies operating in the N Sea which is not consistent with our pledge to get to net zero carbon emissions by 2050.

For several years I have been avoiding fossil fuels and tried to align my portfolio with a more climate-friendly investments. These have naturally included renewable energy as a part of my 'green' allocation.

At this early stage, my renewable infrastructure investment trusts appear to be relatively unmoved by the levy :

The Renewables Infrastructure Group (TRIG) says its net asset value of 134.3p per share on 30 September was broadly unchanged from 30 June. Although the windfall tax knocked 8.1p off NAV per share, with a further 4.7p hit from higher discount valuation rates and currency movements, it said these were balanced by 13.3p of gains from power prices and higher inflation. 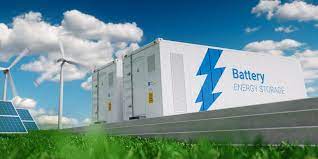 The levy does not apply to generation from battery storage so I assume the likes of Gore Street Energy (GSF) and Gresham House Energy Storage(GRID) will not be impacted by this new tax.

“While the full details of the levy and how it will apply is still emerging, we are not concerned about Thrive’s ability to continue funding, building and operating clean energy projects. We can, however, see how it will frustrate growth across the renewables sector, especially when renewable energy generators are paying disproportionately more than all other types of electricity generation and oil and gas companies”.

Finally, it looks like small community energy groups will be exempt from the tax which is very good news for the likes of Ripple Energy. I look forward to the completion of Kirk Hill wind farm towards the end of 2023.

So, whilst it looks like some investments will not be impacted very much and others not at all, it is clear that this 45% tax will hamper investment in the renewable energy sector and this is not a great decision by the government. At this early stage it looks like any reductions to NAV of my renewable energy trusts will be offset by gains from higher power prices and inflation but the longer term outlook remains more uncertain and less attractive.

Maybe the best I can hope for is a general election in the next two years and these measures being scrapped by a new Labour government with their plans to make the UK a clean energy power by 2030 with a doubling of onshore wind, tripling of solar and harnessing tidal energy.

Feel free to have your say on this new tax or the energy crunch in general in the comments below.